A Knock at the Door

Before becoming a rabbi, Laura Duhan Kaplan feared opening the door to the spiritual knocking she was hearing. She couldn’t stop wondering if it was Jesus asking to come in. 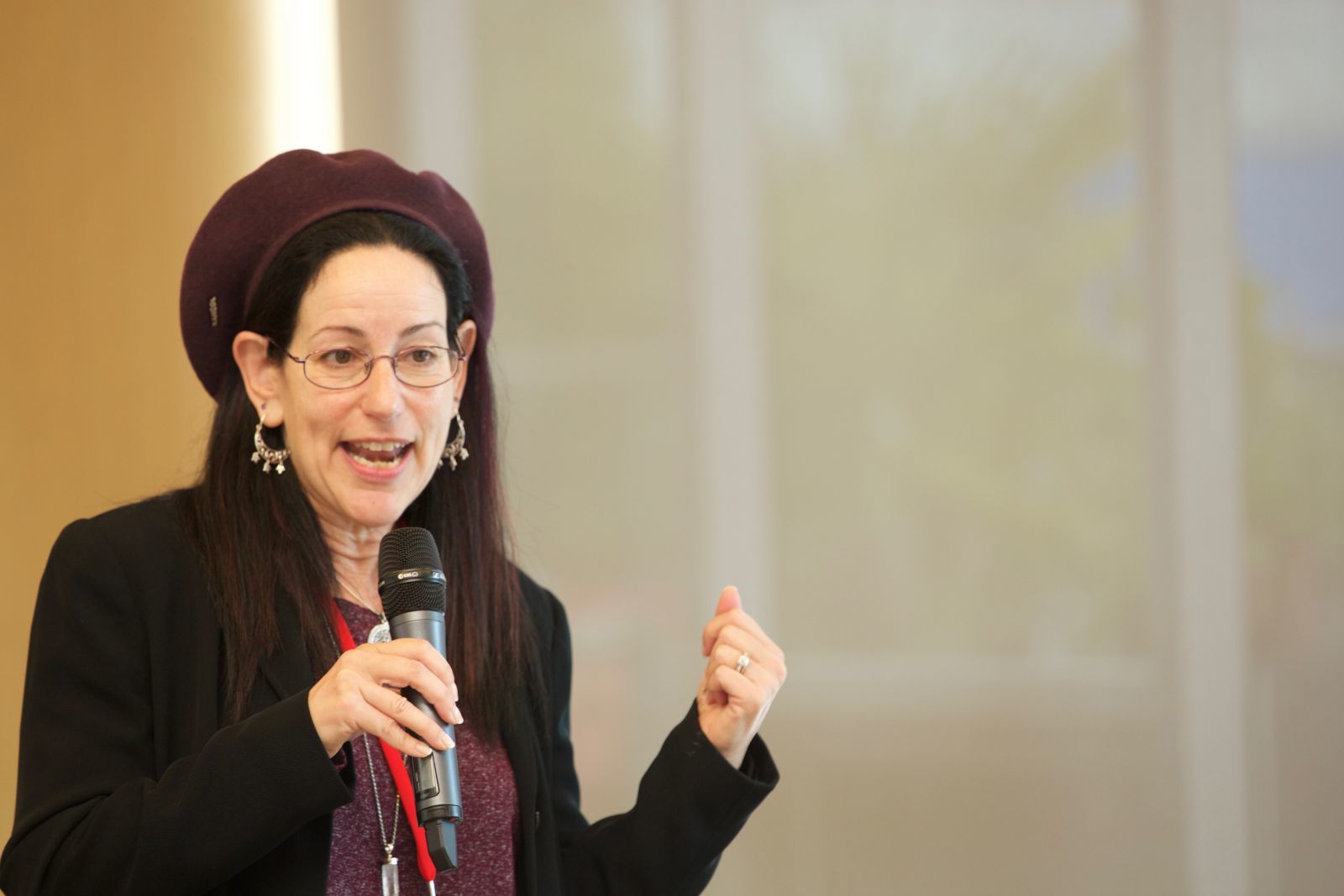 “I knew I’d have a pretty hard time explaining that to the family,” Duhan Kaplan says with amusement. “But I said to my husband that if it was Jesus, then it would be Jesus, and I would accept that.”

A tenured philosophy professor at the University of North Carolina Charlotte at the time, and the product of a deeply attentive Jewish upbringing in New York City, Duhan Kaplan had given no thought to changing faiths. Nor had she felt any desire to become a spiritual leader of any kind.

But a Havurat Tikvah – or friendship group of hope – that she belonged to drew on her knowledge of Jewish history and traditions so much that she was regularly asked to provide it with direction.

“I got called to leadership [in the group] so I realized I had to learn even more than I already knew.  And I started having spiritual experiences that I wasn’t really prepared for. There’s a famous verse in the Song of Solomon “My beloved is knocking at the door” and it’s an image that is so resonant because many seekers have the feeling someone is begging us to let them in.”

Eventually, Duhan Kaplan’s husband, a psychologist, told her not to worry about what or who might be on the other side of the door.  He assured her religious experiences usually come in the metaphors, symbols and language we’re prepared for.

“He said ‘just go for it’ and I did. It was an experience of being filled with the ineffable G-d, the one that we call by that sacred name in Judaism, that we represent in English as Y-H-W-H. I began to have conversations with the Being.”

Those conversations led her to the ALEPH: Alliance for Jewish Renewal Seminary, where she was ordained as a rabbi, then to Or Shalom Synagogue in Vancouver.  She completed a graduate degree in spiritual direction at the Vancouver School of Theology in 2010, and is now on the VST faculty teaching inter-religious studies courses on Biblical Wisdom literature and contemporary values, the theological journeys of Jews and Christians, and spiritual formation in communities. Last May, she led a day-long Faith Alliance gathering in Vancouver for Cardus’ Faith in Canada 150 program.

As would be expected for someone with strong roots in the ALEPH: Alliance for Jewish Renewal, Duhan Kaplan is profoundly engaged by both the ideas and ideals of inter-religious conversation, study and connectivity. But she is equally firm in her conviction that such interaction must be grounded in well-formed awareness of community and traditions.

Jewish Renewal took life in the ferment of the 1960s when young rabbis began to break from what they felt was increasingly ossifying faith practices in American synagogues. Referred to by some as “neo-Hassidic” for its emphasis on music and mysticism, it also showed openness to the sacred and wisdom texts of non-monotheistic belief systems such as Hinduism and Buddhism.

Yet Duhan Kaplan is clear Jewish Renewal is no less Jewish for seeking to renew Judaism. She pronounces the word “syncretism” with the same tone of caution she might have felt wondering if Jesus was standing at her spiritual door.

“I think it’s really crucial that people do interfaith outreach while at the same time being rooted in their own communities,” she says. “It is best if it is a communal project that religious communities engage in purposefully.”

The alternative, Duhan Kaplan cautions, risks being immobilized by fear or overstretched to the point of fracture by the exuberance of novelty.

“When an individual is seeking without the support of their core faith community, it is much easier and more likely that they’re going to say ‘Hey, I love this newer community. Look how embracing they are of my seeking and uncertainty. Look how great their rituals are. Maybe I’ll adopt them instead of the ones of my own family and community.’ If communities do [inter-faith work] together, then the people who are seeking will still be held in the power and love of their original community.”

The outcome can be pernicious even for faiths of common origin such as Judaism and Christianity, especially when assumptions about the Other permeate the culture either as wicked bigotry or benevolent blindness. Since the horror of the Shoah forced Western culture to confront its own anti-Semitic culpability, Jews and Christians have been able to live civilly, even make common cause in many cases. But Duhan Kaplan says many Christians, and even Western secularists, have no clue how much fear endures among Jews because of historic persecution.

“There is so much fear of Christianity among Jews from legitimate, historical events. Once you get outside the realm of daily life activities and start talking religion, theology, spirituality, there’s a really big divide. Most synagogues will welcome seekers of any faith who are interested in staying and talking, but if you’re a fundamentalist Christian and you do something we perceive as witnessing, we don’t want you to come back.”

For Duhan Kaplan, an antidote to the very real challenges of inter-faith exploration is music, not just for its power to soothe the savage breast but for its creation of a “common language” that allows G-d to be shared through direct experience.

“The common language aspect is very powerful for people who are making music or listening to music, especially if they have some knowledge of their own musical tradition. It’s a very high probability that if you listen to someone else’s music, you’re going to think “That reminds me of a similar motif we do for….”You  won’t say: “Our belief is different and yours is corrupted.” My own theological view is that whatever G-d is, it’s beyond any particular representation. But the language of music, that’s the basis of commonality.”