Kevin Daudlin’s vocation has taught him to seize the day. But from a very young age, Daudlin has been seized by the Knights, too. 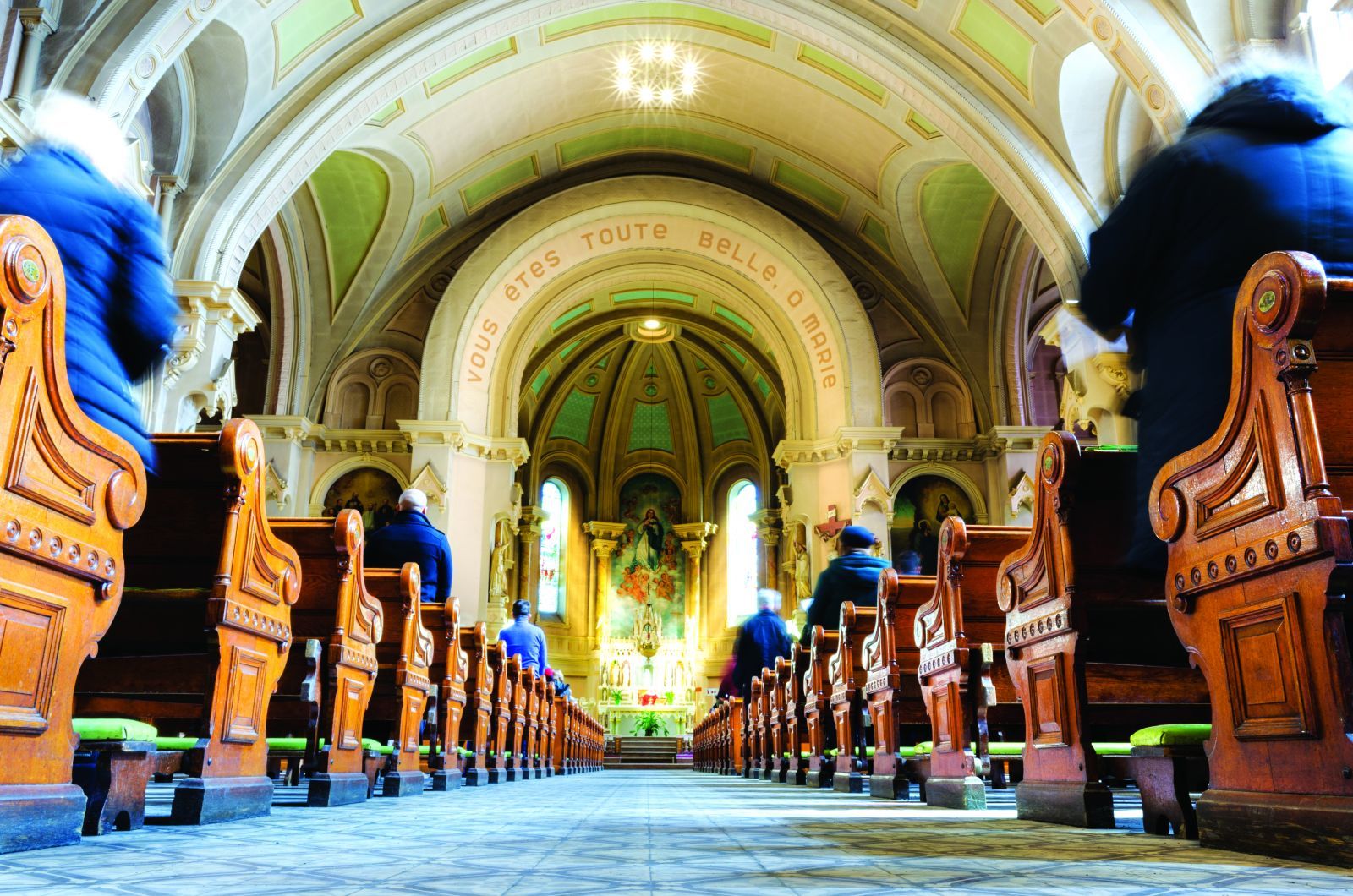 Daudlin, a funeral director in Maple, Ontario, says the profession he first pined to join in university has ingrained in him the importance of living fully each day because of the tenuousness of life.  Indeed, he speaks of his daily work with the dead and their grieving families as a calling equivalent to ministry of priesthood in its insistence and urgency within his life.

“Never put off ‘til tomorrow what you can do today,” Daudlin says. “I see people, every day, who suddenly have a massive heart attack, or get cancer and die within two weeks, or get into car accidents. Really, you need to live for today. You never know what’s going to happen.”

Which is not to say that the fragilities of existence undermine the deep certainties of faith. On the contrary, long before he took us his calling dealing with death, Daudlin began living his deep Catholic witness through charitable work as a member of the Knights of Columbus fraternal order.

When he became a Knight at 18, he had already spent childhood and teen years in the “junior Knights” or Squires. In a manner of speaking, his attachment to the Knights was pre-ordained. His father had been a long time Knight, as had his grandfather.

“My grandfather joined in 1942. He got my father to join. My father got me to join. That’s quite common in the Knights. I’m a third generation Knight but am actually considered a relatively ‘new’ Knight in some circles. Where I’m from in Chatham, we had a member who used to carry his father’s and grandfather’s membership cards going back to 1901.”

That would have been less than 20 years after Father Michael McGivney founded the fraternal order in New Haven, Connecticut as a benefit society for low income Catholics subject to discrimination that prevented many from joining labour unions or getting jobs.

From its beginnings as the brainchild of a single priest surrounded by a few friends, the Knights of Columbus now has almost two million members worldwide, manages an insurance business with more than $100 billion in active policies, and has $21 billion in assets.

It also gives about $175 million to charity annually, and its members collectively contribute nearly 72 million hours of charitable service each year.

The organization is arranged into hierarchies that are bewildering to an outsider but Daudlin, who has worked his way through many of them and is now an Immediate Past State Deputy for the Ontario State Office, makes clear the common obligation of all of them is a commitment to service and the equality of the human person.

“It doesn’t matter if you’re a factory worker, or unemployed, a doctor, or the CEO of the largest corporation in the world, when you put your pin on your coat and walk into your meeting, you’re all exactly the same. There is nobody that’s above somebody else. When you see that, you become very charitable without even trying,” he says.

Daudlin’s every day working life reinforces that sense of equality. He sees human beings in the state all are inevitably headed to regardless of the status or station they’ve obtained in life. More, he sees the way grief strips families, friends and loved ones raw to an extent that only faith can make sense of or truly heal.

“Dealing with grieving families, I deal with people at the worst time of their lives. I’m dealing with suffering. I’m dealing with the most painful loss. But that only strengthens my faith because no one can sit there and tell me there’s nothing after this. If there’s not, wouldn’t all this just be a terrible waste of time?

“If I die today, and you put me in a box and bury me in the ground, and that’s it, I’m just going to lie in the ground for eternity, then what’s the point of anything?

“But obviously it’s not a terrible waste of time. Obviously, there is a point. We live our lives. We love. We work hard for our families. We all know there’s a reason.”

Daudlin felt called to the working out of that reason when he was at school studying to be an accountant. His parents had urged him to go into business, and he was very good with numbers. But to answer his heart, he got a part-time job at a funeral home.

He washed and drove the funeral cars. He dressed bodies. He learned how to care for those who stood at the graveside bewildered. Even after he started working as an accountant, he kept his part-time job at the funeral home. Eventually, he went back to school and trained to become a funeral director. He quickly realized it was a calling, not just a profession.

He’s often at the funeral home before six a.m., saying his rosary and prayers there before the day begins. He’s sometimes called out at 2 a.m. to attend at a car accident scene or a sudden death. And there Daudlin’s “day job” and Knights work intersect. For there he learns again and again how charity is not just learning to give but learning how stand alongside, never above, the one who needs to receive.

“You learn over time when dealing with grieving families that you can’t heal their grief but you can work around it for them. You learn to just stay with them, to say the right thing to them, to give them, truly, what they need. You just know. And you do it. You just do.”