The Ross and Davis Mitchell Prize for Faith and Writing

The 2019 Ross and Davis Mitchell Prize is now presented by Image journal, with support from Cardus.

In A Secular Age, Canadian philosopher Charles Taylor writes that many modern people have imagined the gods away and so live in a disenchanted world. Yet despite this, they continue to be haunted by moments of wonder (or fear) that tempt them towards belief. Could there be something more to the world than meets the eye?

Of course, many Canadians have an idea about what this something might be. And they live their lives within communities that have sought to understand it, share it, live according to it, and pass it on to their children and grandchildren. These are the thousands of Canadians of faith communities, Canadians who participate in the myriad of religions that make up the social landscape of Canada.

Yet it’s sometimes easy to forget about all these individuals and communities of faith, and to imagine Canada as one increasingly "secular" - by which we often mean irreligious - nation. The Ross and Davis Mitchell Prize for Faith and Writing is designed to help give voice to these individuals and communities and to help re-awaken Canadians to the powerful truth, goodness, and beauty that belief brings into our shared lives. Poetry and fiction that draw from the deep wells of religious tradition can provide those brief moments where the familiar world becomes strange, and those strange gods become familiar.

But this prize is not designed to paper over conflict or erase distinctions. There are important distinctions between Muslims and Christians, Hindus and Orthodox Jews, and others that should not be erased, but understood. In fact, another goal of this prize is to encourage a posture of charitable listening which does not discourage disagreement or persuasion; rather, it hopes to make it more robust within the boundaries of mutual respect. If we are to live together in difference, we must allow difference the room to flourish.

Finally, this contest does not want to ignore the deep wounds given and received by the religious communities in Canada. Such wounds often fester quietly under the surface of communities who have been oppressed, alienated, and left out of the public life. This prize encourages poets and writers to share these stories as well lest the oppression continue through their silence and absence.

ABOUT ROSS AND DAVIS MITCHELL

When Ross Mitchell passed away in December, 2013, he left behind a legacy of story telling. Although he was many things—lawyer, entrepreneur, philanthropist—his wife Davis recalls that what most people remembered about him were his stories, and particularly how his faith was expressed through his stories. Davis, with a Masters in Theological Studies and a career as a spiritual director, is no stranger to the powerful role that stories play in spiritual growth, and much of her work has focused on the importance stories and faith play in healthy lives.

As a graduate of the University of Toronto (with a BA in English literature), Ross went on to Law school at the University of Toronto. After just over half a decade of practicing law, he left to establish Madison Chemical, a company that would grow into a successful, international corporation. Ross and Davis leveraged this success to launch The Mitchell Foundation in 2000, whose goal was to sponsor and support faith-based organizations who were seeking to bring their message into the contemporary Canadian society.

After her husband’s death, Davis is currently the President of the family business and the Chair of the Foundation. With a renewed focus on grassroots movements, the work of Cardus with Faith in Canada 150 and the faith and writing prize particularly have her excited about the creative ways faith can be brought (back) into the imaginations and lives of Canadians today. “We want to be a part of the discussion around the social architecture of our country,” Davis explains, “and what role faith will play in the coming decades. Canadian writers can be an important part of this discussion!”

As they raised their three children, Davis spent many happy hours reading to them the stories of C.S. Lewis at their Northern Ontario cottage, seeing how their faith came alive through the power of such tales.  “Writing,” she says, “is the great connector. Stories can be the bridge, helping us to connect to one another, which is what we need in a diverse Canadian society.” And Davis is convinced that if we are interested in seeing a secular society that protects religious freedom and is open to the valuable gifts of religion, such stories need to be told, shared, and celebrated. 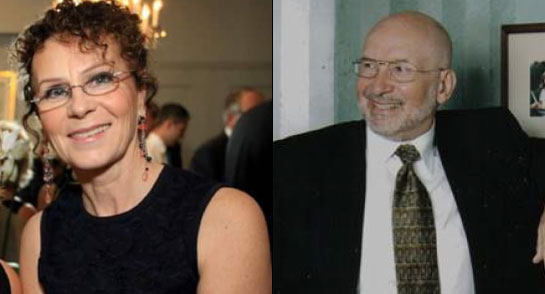