The Little-known Roots of Brampton

People the world over think of Rome as the capital of Catholicism; Israel as the epicentre of Judaism; England as the birthplace of Anglicanism. But how many people think of Brampton–the 500,000 person city northwest of Toronto—as being the centre of any religious movement?  In the mid-1800’s, Brampton, a community of less than 600 people, was the heart of the Canadian Primitive Methodist movement. 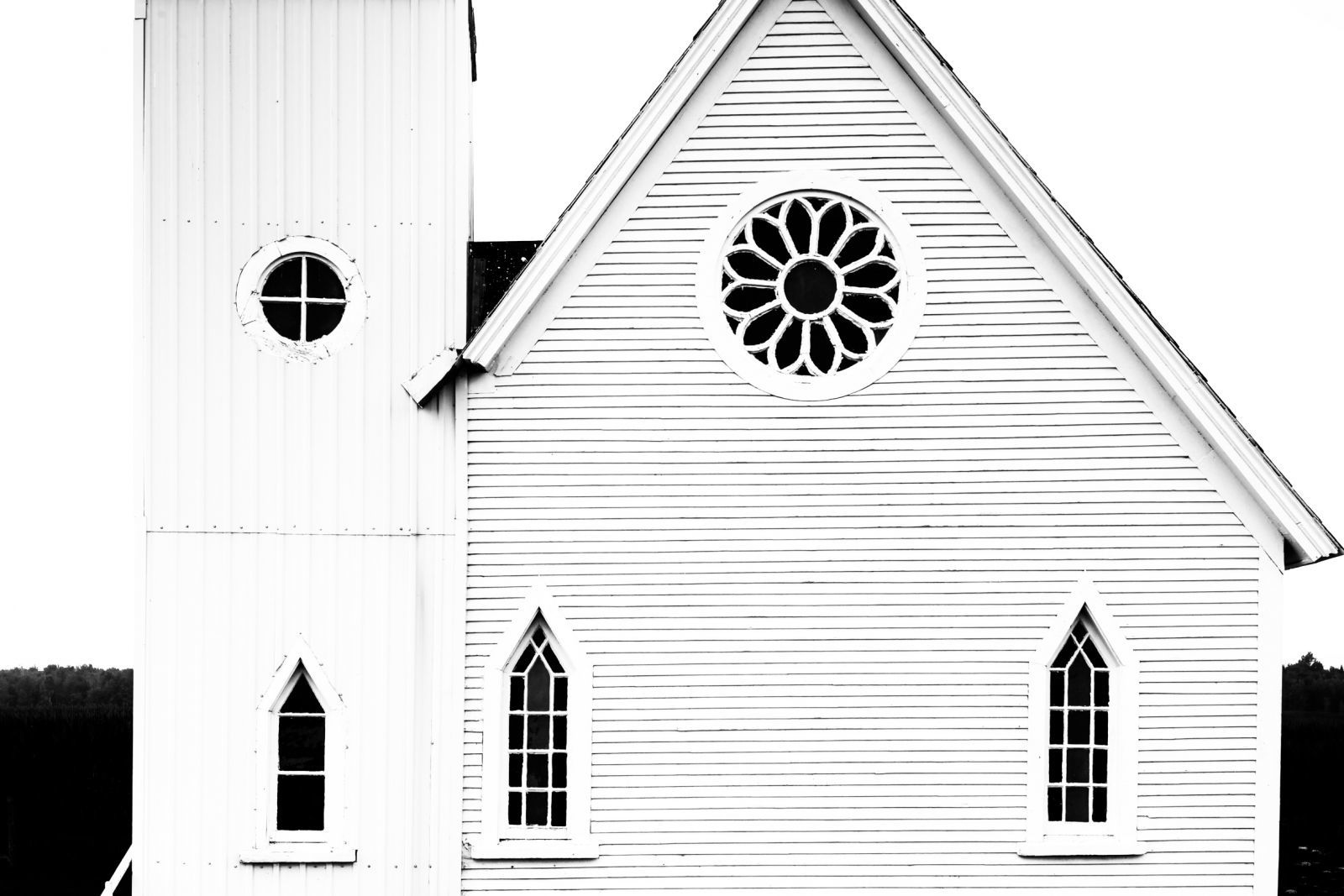 Of course Brampton wasn’t much of a community when that movement first began. Surrounded by ancient boreal forests, Brampton in the mid-1820’s was merely a cross-point of a historic native trail and a recently surveyed road. Running north-south was the Hurontario-- the trail that joined Lake Ontario and Lake Huron. East-west ran Number 5 Side Road (later, Queen Street).

In fact, the area wasn’t even known as Brampton then.  To the chagrin of the Primitive Methodist teetotalers, the community was initially known as “Buffy’s Corners”, in tribute to a nearby purveyor of shoes and—as local lore has it—whiskey.

In the aftermath of the Napoleonic wars and the war of 1812, as the those loyal to the British Empire relocated from the American states and as the economic downturn and poor crop yields in England brought migrants to British North America, the British government sought land on which to settle those loyal to King and country.  Few lots remained within the 71,000 acre tract the government purchased from the Mississaugas in 1805.  Known as the first Mississauga purchase, the area spanned what is now the southern portion of Mississauga all the way west to Burlington Bay.  In 1818, the second Mississauga purchase was complete. It made available to new settlers 645,000 acres including the balance of Mississauga as well as Brampton, Caledon, Albion, Toronto Gore and more.

The Township of Chinguacousy, containing the area to be known as Brampton, was open for settlement in 1819.  It was here that the Primitive Methodists from the north of England began to reside.  They weren’t the only Methodists in the area.  The American settlers before them brought a form of Methodism known as Episcopalian Methodism. Those from Southern England, known as Wesleyan Methodists, preceded them too.  Two or three other branches of Methodism also existed in the area. What all Methodists had in common was their adherence to scripture, lay ministry, works of piety and their belief that salvation was available to all.  Primitive Methodists, being particularly puritanical in their moral code, were the most fervid of the three main branches. Known as “Ranters”, they frequently interrupted sermons with shouts of Amen and Hallelujah.

It was just as well that Methodists subscribed to lay preachers. Life in the “bush” as the sparsely settled areas outside of York (Toronto) were known could not have supported full time professional clergy.  Like-minded adherents congregated in each other’s homes where they received the Word from the most devout or loquacious among them.  Occasionally, the ministrations of the local or “class” leaders were supplemented by more seasoned preachers. It was in this way that in 1831, William Lawson found himself in the homestead of John Elliott, a “class” leader and an old friend. The local worship service attended by the experienced Lawson led to the establishment of the Primitive Methodist Church of Canada in Brampton and indeed to the establishment of Brampton itself.

John Elliott was a well-to-do Primitive Methodist born and raised in Brampton, Cumberland, England.  He immigrated to North America, eventually settling not far from the intersection of the Hurontario trail and Number 5 Side Road on a large Crown Reserve Lot he purchased from a speculator.  By 1827, with nearly half his lot cleared and a home constructed, Elliott tended to his flocks of barnyard animals (2 horses, 4 oxen, 4 cows and 3 horned cattle) and his fellow Primitive Methodists.  Although by this time several Primitive Methodist families had settled on the Hurontario trail, and although meetings of adherents were occurring in many of their homes, the most significant of the groups was the one congregating in the kitchen of Elliott.

William Lawson shared Elliott’s pedigree.  Also a strong Primitive Methodist from Brampton, Cumberland, Lawson was a commanding preacher even before he left England.  On settling in York in 1829, Lawson, a merchant, purchased premises on King Street from which he sold wares and saved souls.  His efforts at evangelism, administered on the nearby streets, ultimately led him into the “New Settlements” as a circuit preacher. Lawson was so taken with the community of adherents assembled in Elliott’s kitchen--and the area itself--that he sold his business in York and moved to join Elliott.

Lawson and Elliott made monumental contributions to the development of Brampton.  Lawson took up farming and opened a general store at the intersection of the Hurontario trail and Number 5 Side Road. The store would become the centre of the thriving settlement.  Elliott became the town’s first developer, subdividing and selling lots in that same area, which together the two friends coined “Brampton”. The name would eventually describe not only that little settlement, but over 100 square miles around it, long surpassing the short lived “Buffy’s Corner” moniker.  A century after Elliott settled in the area, the eastern portion of his property would be the site of Brampton’s first hospital. Before that, the western portion would, after being used as a fair grounds, be the location of the county’s court house, registry office and jail. Lawson ultimately left Brampton, becoming a Justice of Peace in Hamilton, but before he left, he and Elliott shaped the Primitive Methodist movement in Canada.

Under their charge, the number of Primitive Methodist adherents in the Brampton area continued to grow. In 1838, the York Circuit of the Canadian Primitive Methodist mission was subdivided, creating a third circuit with Brampton at its head. (Niagara was the other circuit). Soon it was impossible for the congregation to meet in the home of Elliott.  Premises in which the local Primitive Methodist adherents could worship as one were secured on Queen Street. Square wooden pews with gates at the aisles were installed in the sanctuary. A separate Sunday school room was established.  By 1848, the Brampton Circuit had 163 members. The York Circuit in comparison had 204.

As the church continued to grow in Brampton and beyond, it was determined that an independent Canadian Primitive Methodist Church should be recognized.  In 1853, Lawson returned to England, at his own expense, to make the case. Finding success, the next year the first conference of the Primitive Methodist Church of Canada was convened in the Brampton Queen Street church.

The Corporation of the Town of Brampton, Brampton’s 100th Anniversary 1873 -1973, Charters Publishing Company Ltd., 1973 [Commemorating the 100 years since Brampton was incorporated as a Town] and particularly the following articles:

“Brampton’s Fine Churches, Layed Solid Foundation on which to Build a Christian Community” by Rev Donald C. Amos at pages 25-33; and

“Wm. Lawson Early Settler and Co-Founder of the Town of Brampton” at page 64

The Corporation of the Town of Brampton, Brampton Centennial Souvenir 1853 -1953, Charters Publishing Company Ltd., 1953 [Commemorating the 100 years since Brampton was incorporated as a Village and particularly the following portions of True Davidson’s “The Brampton Story”:

The Corporation of the County of Peel, A History of Peel County to Mark Its Centenary [as a Separate County] 1867 -1967, Charters Publishing Company Ltd., 1967 and particularly the following chapter: