Two Wings of One Bird

“Science and religion are two wings of the same bird,” says Dr. Mehran Anvari, a Baha’i Canadian and one of the world’s leading telerobotic surgeons.

“In a way you can’t have one without the other because religion without science leads to fanaticism, and ignorance. And science without religion leads to, frankly, lopsided advancement in areas that have no moral or spiritual basis,” he says.

Dr. Anvari uses telerobotics to perform minimally-invasive operations that limit the magnitude of incisions during surgery—a technique that is becoming more and more common in hospitals to achieve faster recovery and less pain. 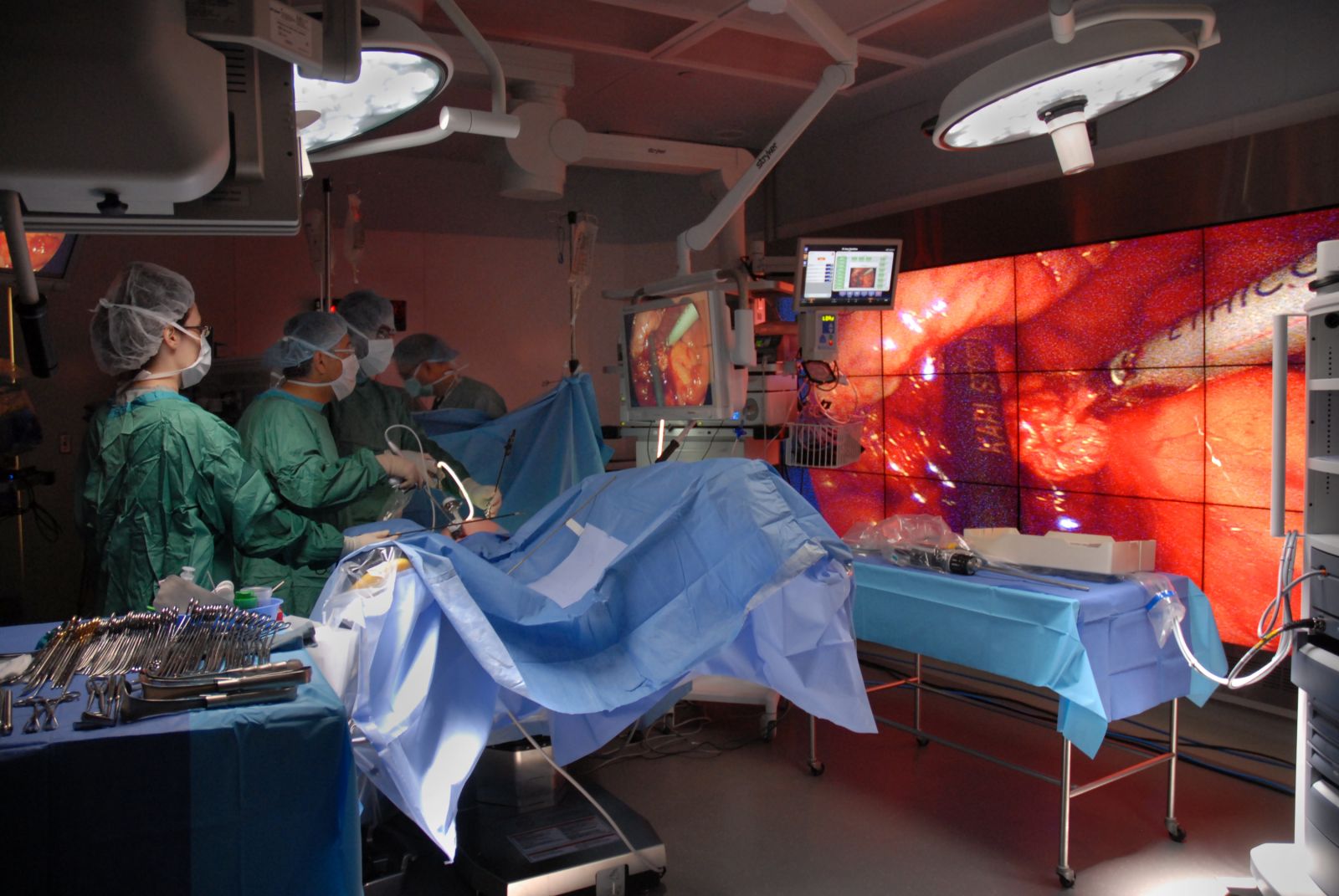 Anvari’s work at the Centre for Minimal Access Surgery (CMAS) was cited by TIME Magazine as “sculpting the next frontier of medicine,” and he was recently awarded the NASA-International Space Station (ISS) R & D Award for his work in applying robotic technology from the ISS to the treatment of breast cancer.

Beyond his day to day work as a surgeon at St. Joseph’s Hospital in Hamilton, Ontario, Dr. Anvari is a faculty member at McMaster University, the CEO and Scientific Director of the Centre for Surgical Invention and Innovation (CSii), and has over 120 publications to his name.

He’s spent his life pursuing his passion in the medical field—and it certainly shows.

But while Dr. Anvari’s acumen in the medical sciences has been widely regarded across the globe— in the BBC, The Hamilton Spectator, the Toronto Star and more—he is lesser known for his deep commitment to the Baha’i faith.

But it’s precisely his faith that drives him to innovate for better patient outcomes.

“Equality and justice, which are tenets of many other faiths too, are what I’m after” says Dr. Anvari.

The tenets of Dr. Anvari’s Baha’i faith have always underpinned his medical ambitions. He is currently one of nine members of the Baha’i national assembly.

“As you know, the Baha’i community, its mandate is really to try and bring faith and spiritual principles to everyday life of everyone,” he says.

“Each Baha’i believes that religious beliefs are the core of who you are, it’s not something you practice Saturday or Sunday or in church—rather it’s the way you are,” he says.

His faith and his passion for scientific innovation go hand in hand, informing each other along the way.

“My belief affects how I function as a physician [and] as a surgeon,”

For example, on a trip to the Arctic with a group of Baha’is, Dr. Anvari met a mother who recently lost her daughter to appendicitis. In Hamilton, Dr. Anvari performs surgery on GI emergencies like this routinely—parents in southern Ontario simply wouldn’t think twice about having access to a quick and easy surgery should their child experience appendicitis.

But that’s not the case for many remote areas in Canada. Access to basic surgical procedures can be difficult to find in the far reaches of the country.

“It was shocking to me that in the Northwest Territories and Nunavut, mothers after their 35th gestation day are moved south in homes until their child is born, because of the difficulty accessing a good obstetrician if they need to if there is a risky delivery,”

“It is my faith-based belief that has led me to say ‘ok, these are important for me to focus on,’”

These gaps in the system struck Dr. Anvari as unjust, and motivated him to innovate to improve the lives of those living in remote areas of Canada.

Since pursuing this appeal, Dr. Anvari’s robotic work now allows him to perform surgery remotely to those who may not have a clinician like him nearby. In 2003, Dr. Anvari operated using a semi-autonomous medical robot on a patient who was over 400 km away in North Bay, Ontario—the first of its kind anywhere in the world.

For Dr. Anvari, this is the best way he can live out his faith.

“At the core of almost every religious belief—I think if you ask a Christian, a Muslim, a Buddhist, justice and equity is a very important aspect of every religious teaching,”

“And it’s one of the tenets of the Canada Health Act, to have access,” he says.