Fields of the Lord

I am a 23-year-old female with a love for sports and an even bigger love for God; and this is my story. 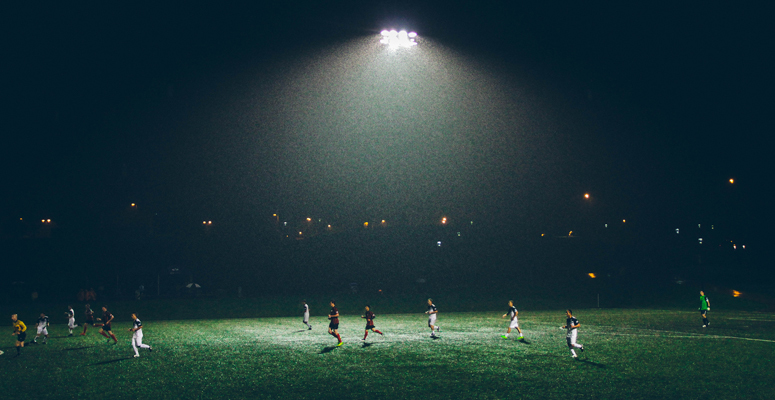 I was born and raised in Calgary, AB into a family of six. My dad grew up in Saskatchewan, and my mom moved to Canada from Siegen, Germany at the age of 21. I attended Vancouver Island University in B.C. for my first year of post-secondary and transferred to Trinity Western University to finish my undergrad where I graduated with a degree in human kinetics and kinesiology in 2017.

I have been a Christian ever since I was four years old when I made the most important decision of my life sitting in the office chair with my dad by my side. You can imagine that at that young of an age, I didn’t really know what that meant. All I knew was that it made my parents happy, and that I wanted to join them in their happiness as well.

It wasn’t until my identity was challenged that I began to search and define the faith that my parents had and finally make it my own.

I grew up playing sports my whole life. I was the classic ‘tom boy’, with my first word being “batman” and my favourite activities involving some form of a ball and a winner in the end. I loved it. It became my passion; my love; my escape; and eventually my identity.

As I got older my faith began to drift into the background, and my successes and failures in sport became my priority. My athletic ability began to define who I was. At a younger age this wasn’t a big issue for me because I had more successes then I had failures. I excelled at a very young age. Being a captain for multiple sports teams and leading my teams to a number of victories, I became the player that a coach could rely on, and I loved that feeling. I loved having that pressure on me and I thrived with that feeling of being needed.

When you grow up playing sports, you start to develop this form of character that only fellow athletes really understand. Your mind thinks a different way. You push your body far beyond its limits and think nothing of it. You go into your sport knowing the risks, but you choose to play anyways. You come out of a practices and games so bruised and broken that you force yourself through treatment that hurts almost as much as the injury itself. No matter how many bones you break or ligaments you tear, nothing can take you away from the game. Or at least that’s what I thought. I’m not going to deny it; athletes are a very different breed.

Sport was a distraction for me. It was a way that I could escape from whatever was going on in the ‘real’ world. I knew that when I stepped out onto the field, nothing else mattered and everything that seemed like a big deal was now just a faint memory.

Looking back on it, I can see how unhealthy this was at times, but in the moment this was what I knew. Sports helped me through a lot. In the span of four years both my grandparents passed away, and my mom got diagnosed with rheumatoid arthritis, then breast cancer close after. I didn’t know how to deal with the emotions so I suppressed them and dug deeper into my athletics.

At a younger age, it’s easy to have who you are defined by the sport you play, especially when you’re good at it. But as you get older you begin to funnel yourself through your sport until you reach the highest level that you can achieve. For some, it stops at club, for others it can go into university or college, and for the rare few it can take you to the pro league. I was fortunate enough to reach the university level. But as you slowly begin to funnel through your sport, you quickly become more aware of all your faults and weaknesses. Your failures soon start to feel like they outweigh your successes. And the way you saw yourself before begins to disappear.

When I was a Spartan for Trinity Western’s soccer team, it was like it was a dream come true. They were, and still are, one of the top university women’s soccer teams out there, having won five national titles and a number of Canada West Championships.

I was thrilled to be a part of this amazing program. Unfortunately, very early on into my first year as a Spartan I ended up tearing my anterior cruciate ligament in my left knee during a club game. This was one of the biggest defining moments for me. I would like to say that I embraced the challenge and came back stronger and better than before, but that’s not the case and that’s not why it was a defining moment for me. At that moment, when I was at the lowest of lows, God met me in the midst of my pain. I ended up not being able to return to the athlete that I was, and I soon had to end my university soccer career.

But I was okay. In fact, I was even better than okay. Don’t get me wrong, the next couple of years after that were the hardest years of my life. I went through a period not knowing who I was and completely forgetting my worth. But in those years, I was approached by this organization known as Athletes in Action (AIA), which is Canada’s biggest sports ministry and uses sport as a language that knows no boundaries and unites cultures. As I began to get more and more involved with them, I started to see my worth outside of my sport. I finally learned how to integrate my faith into my sport and I began to understand how to use my athletic ability that God gave me to glorify Him.

I ended up going to Ethiopia with AIA in the summer of 2016 as well as in 2017, which not only grew my faith but also sparked my love for sport ministry. I am now living in Ottawa, in our nation’s capital, and working alongside university athletes, using my gifts, my stories, and my experiences to help share that we are more than athletes. We have a gift God has given us, that goes far beyond just being an athlete. Our failures, as well as our successes, don’t have to define us. It’s God and His undying love for us that defines us. And in Him we can shape our identity.

That is why soccer is the sport that I play, but it is not what defines me. I am more than just an athlete or a soccer player. I am a child of God and His creation. And there is victory beyond competition.

“Whatever your hand finds to do, do it with all your might.”