Called Out of Myself

My childhood was spent reading stories about ordinary people with extraordinary callings. Each character, upon hearing a whispering of unexpected change, would embark on a great adventure, often a quest for true love. I dreamed of one day being pursued like that. Books allowed me to live in the story while safely nestled in my cozy linen fort. 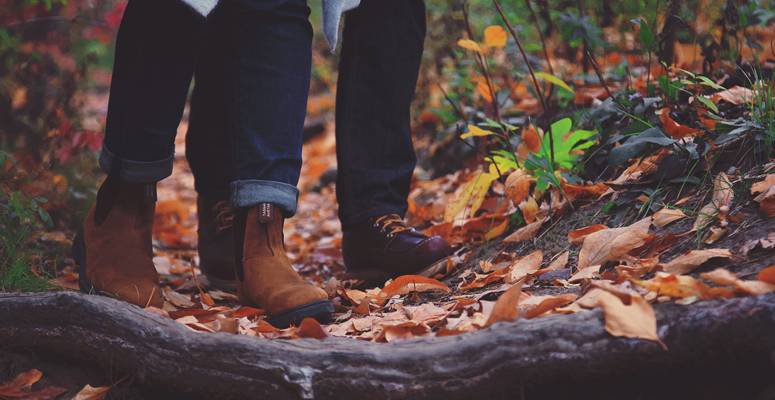 As a cradle Catholic, I struggled to find the same awe and wonder in the Scripture stories. Love from storybooks, the love I learned of as a pre-teen, felt like protection and comfort. There were times when my Caledon home felt like an elevated ivory tower. Here, I could claim sanctuary from the confusing dangers of the world.

As a wide-eyed 18-year-old, I took off for university with the promise of a new start. Windsor, in contrast to my sheltered country home, was a run-down town run filled with rowdy, restless students, drunk on their first taste of independence. I met countless people from different countries, cultures, beliefs and philosophies. It was difficult, frightening and exhilarating. My senses heightened and my curiosity peaked. I felt myself being torn in many directions, each story of adversity and triumph constructing a new repertoire of truths in me.

I remember meeting an Indian guy from Zimbabwe, Kishan, who described his experience with Hinduism as so closely tied to Indian culture that faith sometimes felt more like an obligation rather than a freely loving choice. Combined with his upbringing in a developing country, his story resembled nothing like mine.

During this period of rapid growth, I continued with my obligatory Catholic upbringing by going through the motions of Sunday Mass. The ritual, which promised me everything I craved, did nothing to ignite my soul.

During Christmas holidays, I attended a Catholic-Christian Outreach conference with the encouragement of my cousin who was a CCO missionary. Not suspecting much change to my vague spiritual life, or a connection to what I was discovering in my emerging adulthood, I went simply with the intention of meeting new people.

During some downtime, I found a small chapel where Eucharistic Adoration was being held. The room was crowded with youth like me, pouring their attention and emotion into the monstrance. Everyone was quiet, awestruck and focused. It felt like I was missing something. In the silence, I pleaded: “Who are you? What are you asking of me?”

Suddenly, I felt like I was making eye contact with a God who had been trying to get my attention for 20 years. With my skin covered in goosebumps and fresh tears on my face, I felt an intense, visceral awakening. I was looking at a God who had something to say to me: “I love you. Come away with me.” It occurred to me that God might have waited for me to be ready for this. The stories of Scripture came alive with the tale of true love, That Christ would die so that we may live in freedom.

This, I thought, is the greatest love story of all time.

It was then that I realized that Love was not a What, but a Who.

Returning to school with my heart ablaze, my life went from black and white to pop-up colour. I was in Love. Faith became less about rules and more about relationship.

But my previous image of God, and the God I’d recently experienced, didn’t line up. Why would a God who values security call me here, away from home, where I feel safest and surest?

I continued to mentally collect stories of real-life encounters with Love. I deeply wanted to share this Love with another person.

Throughout my 20s, I was at the epicentre of Catholic opportunity: I worked in pastoral ministry, studied theology courses, wrote freelance for faith-seeking organizations, and fulfilled an internship with the Holy See Mission at the U.N. Disappointingly, I found myself attracting people who would either run away from my faithfulness or seek to change it. Throughout this time, Kishan and I kept in touch. He was one of my best encouragers and became deeply interested in my journey. He was a least likely friend whom I found I could trust.

On a warm, September night, Kishan walked me home, as was our usual friendship ritual. Even with our ears ringing from Toronto’s city noise, we could still hear each other’s heartbeat as he interrupted my absent-minded rambling with a surprise kiss and a powerful profession.

“You already know I love you as a friend,” he said, “but you should know that I really… really love you.”

I had never imagined that dating a non-Catholic could be an option. In fact, in Catholic circles, it’s painted as an unimaginable risk. What would possess this profoundly shy man to be so bold in risking our stable friendship for something so unsure? We are from different cultures and religions, what if we don’t work? Will our communities support this? Is this loving? Is it worth it?

My mind raced. As if he could hear it, he spoke again, encouraging me to think about his invitation; to pray about it.

I reflected. Kishan’s boldness came along with something new: the freedom to choose. This felt foreign in my upbringing where safety and certainty were prioritized. But did this invitation not also mirror God’s whisper to me, His call to follow Him into Love? Perhaps Love was less safe than I thought.

Despite our differences, Kishan and I shared a desire to know the Truth about Love and share this with others. Throughout our friendship, he’d proven himself a curious soul. From our first encounter to the time I learned his story, we shared many conversations about faith. He never shied away from the hard questions. Now, he was putting himself into my hands, gifting me the choice whether to enter into this relationship. I couldn’t help but risk with him.

Dating someone who doesn’t share my faith tradition is the most challenging thing I have ever faced. And I could never have anticipated the blessings, leanings and gifts I have received by being open to this gift.

Overtime, in our openness to truth, beauty and goodness, we could recognize God (Love) between us.

Shortly after Easter 2018, Kishan and I will exchange wedding vows. Our adventure is just beginning.

At first, being Catholic seemed like a beautiful ivory tower in which I was meant to spend my days in. And though that’s where my story began, I was not called to stay.

Now, living a life of Love feels like that moment in mid-air and hitting the ground running. That full-force run into the depths of the unknown was the call to my vocation and discipleship. It involved following the voice that lead me to where I would sometimes rather not go.

The story really started when “I love you. Come away and be with me,” called me out of myself so I could leave my fears behind and follow God, Love’s ultimate author.