Faith in the Family

“It takes great courage to stand and fight for something, but sometimes it can take even more courage to walk away and leave things behind.”

My parents are Filipinos, educated with diverse family backgrounds but sharing the same faith of Christianity. My dad was the youngest, coming from an affluent family, living in Manila, while my mom came from a poor family living in a suburban part in Mindanao. Though their cultured way of living was her greatest obstacle, her family's faith in God was their shield. She worked hard to attend classes, worked part time in fast food shops for money and shed blood, sweat and tears to keep her siblings and parents safe, and happy. And she wasn’t even the oldest! 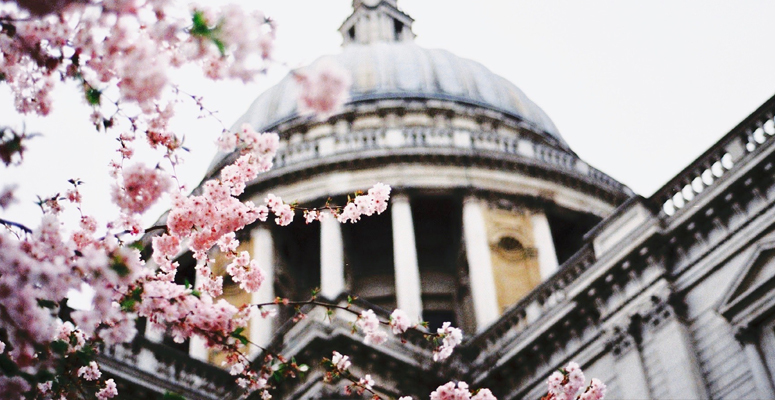 Eventually, through the years of labour, it all paid off and she became a lawyer in the Philippines. My mom worked in an insurance company and met my dad when his family’s house was burned down and she had to sell him insurance. Eventually one thing led to another and they got married. Then came the decision to move to Canada to build their own family.

My mom arrived in Canada alone and my dad stayed behind to finish his work. Originally, she was supposed to live with my aunt and uncle but that didn’t work out. Alienated in a new country, my mother had nowhere to live. So, she turned to the only place she could hope to find comfort: St. Patrick’s Church. She lived in a Church.

My mom worked in the day and prayed in the night. At the same time the church celebrated Our Lady of Guadalupe for a vigil. One day, during the celebration, my mom met an old lady in the church who quickly befriended her and offered a place to stay, which she accepted. Once my dad arrived in Canada, they rented an apartment. The kind lady my mom met became my Aunt Mae, and she is often described as an angel. Things were starting to look up.

During my mom’s first pregnancy, doctors said that there was a huge chance that she might die due to a blood clotting issue passed down from her family. My mom had faith, so she risked it all to have this child. Through her pregnancy, there was never a day she didn’t pray to God to allow her to have this child. God must have answered her prayers because after many months of torture, she was alive and had a son. My mom named him Sean Michael after Saint Michael because she said that during the difficulty of labor, Saint Michael the Archangel was by her side the whole time. They thanked God everyday for their son.

Doctors said if my parents had another child the chances of her death would be higher, but my mom trusted God and had an unshakeable faith. She later learned that they were going to have a daughter, Danielle Anne. Doctors pleaded with her to get rid of the baby for her own health, but she refused, always saying "No." Luckily, God answered my parents prayers and they welcomed their first daughter into the world (that’s me). I was named Danielle Anne, the first part after the prophet Daniel and my Uncle Daniel and the second part after Saint Anne, mother of Blessed Mary. My parents taught us the Rosary and how to pray. They wanted us to lead our lives as God would want.

Everything was perfect, until my mom announced we were going to have a sister. All attention was aimed towards my mom and the unborn baby. They told my brother and me that our prayers would mean everything right now. In the end, my little sister was born. The doctors were amazed that we were alive and well and my mom was still kicking! It was miraculous, to say the least. This one was named Shanelle Danimae, after me and my brother. Years after that, God blessed us once again by granting us the opportunity to have a house in Delta.

In these past few years, however, both my mom’s parents and my dad’s father passed away. We had our fair share of financial issues and work problems but both of these came out of nowhere, like a swift left hook. All of these shook us to say the least. The only constant in our lives was our faith in God. These turbulent times brought us closer together as a family. Even after the grieving period, we continued to pray together as a family. These problems never stopped us from going to church and praying together.

I know that my mom cries secretly. They both struggle immensely to support us. Both my mom and dad have faced terrible difficulties in their lives, socially, morally, spiritually, but they always show up stronger than before. They never let these troubles defeat them. Together, we pray and let our faith lead the way. We believe that when we pray, God hears more than we say. He answers more than we ask. He gives more than we imagine but in His own time, in His own way. So we always keep our faith seriously.

Despite all the hardships that my family has gone through, we keep our faith close to our hearts. My mom strongly encourages us keep our faith in God strong because she believes that a strong faith can change anything. Whatever happens, my parents want all of us to keep God close to us.

Now here we are, we went through many problems throughout the years but we adhere together as a family who solely believes in God and the Catholic faith. A family that prays together, stays together because we believe that God safeguards us specially during our painful trials.

We are very active within our church community. My siblings and I have been altar servers for 6 years now. As well, my brother is also a lector at Mass and assistant PREP teacher while I’m on an R.C.C. (Roman Catholic Challenge) team.

The story of my parents coming to Canada and going through so many hardships is a simple story compared to many others, but their perseverance to keep the faith strong no matter what inspires me to this day. Now this story may be short but I hope that one day someone else may be inspired to keep the faith close to their heart especially when going through hard times they feel may never end.

Just know, God is a light in the darkness. We just have to be willing to find Him. In case you are wondering, my mom's name is Shonne Cuevas while my dad's name is Danilo Cuevas and they truly have lived and are living a faithful life..

“Suffering is a sign that you have come so close to him that he can kiss you.”