Throughout his life Peter Foggin has been motivated by a deep sense of mission and God’s personal call. He pursued that call in the world of academia, spending his professional life as a university professor in Quebec, providing leadership to his colleagues, in field work projects, and in extensive research. His field of specialization—medical geography—equipped him to develop a mission of compassion to various people groups, which included northern Canada, Haiti, and Thailand, but his primary focus was China, Mongolia, and the Tibetan plateau. In retirement he continues to travel extensively to Asia to carry on his mission. 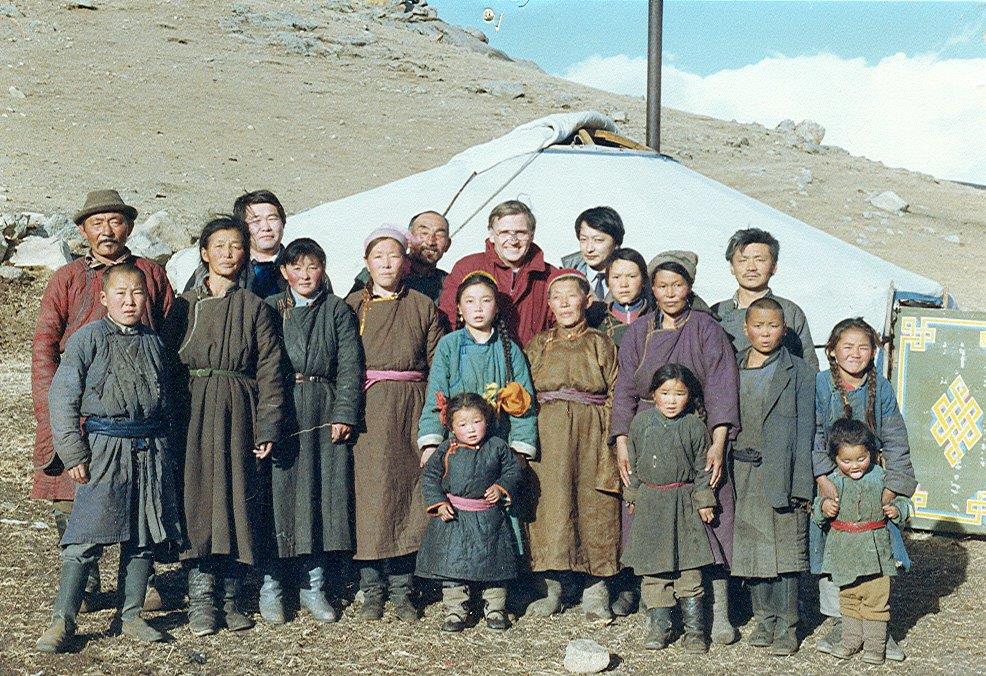 Peter Foggin was born on July 1, 1938, in Changli (in the province of Hebei), China, to missionary parents Edward and Frieda Foggin. His missionary parentage stretches back three generations. His great-grandparents, Thomas Hutton and Alexandra Lebrun, each came to China as single missionaries with the China Inland Mission, met there, and married in 1887. The same happened with his grandparents, Heinrich Ruck and Anna Hutton.

Born in China, Peter’s mother, Frieda Ruck, came back to Beijing on August 1, 1933, to work in the Beijing Christian Bookstore. In October 1936 she met George Edward Foggin, who had arrived there as a Plymouth Brethren missionary in 1930. They married on May 18, 1937.

Within a year of Peter’s birth the family travelled to England via the Trans-Siberian Railway, spending the next two years there on furlough, travelling to Canada and the USA in 1940, where they visited churches to raise awareness, returning to China in 1941.

Peter would spend the next six years moving about in China with his parents.

Peter received his initial education from his parents. At age 7 (1945) he enrolled in the Peking American School, where he joined the other students in learning to read, write, and speak Mandarin.

During an extended visit to the USA in the fall of 1947, Peter enrolled in elementary school in Oakland, California. In early1948 they moved more permanently to Victoria, BC, where Peter completed elementary school and part of his high school. They moved to Taiwan in 1952.

There Peter enrolled in Grade 10 of the BC Correspondence School. In 1954 he left his family for the first time, travelling alone to Victoria. He graduated from Victoria High School and did his first two years of university at Victoria College (1955–57), where he pursued teacher training.

Growing up in a missionary family in China, Peter learned about God and the Christian faith early in his life. Through his upbringing and his experiences at Christian camps, he came to commit his life to Jesus Christ.

But he was nagged by lack of assurance of his salvation. This came to a head in Taiwan, when Doug Sparks, a leader of The Navigators, invited him to a one-on-one Bible study. Peter says, “The first time we met together, Doug surprised me by asking, ‘Are you a Christian?’ to which I responded, ‘I think so, but I’m never quite sure whether I have this eternal life that Jesus talks about. Often I don’t feel like a Christian.’”

Doug directed him to John 5:24, in which Jesus says, I tell you the truth, whoever hears my word and believes him who sent me has eternal life and will not be condemned; he has crossed over from death to life. After a discussion about the meaning of that verse and how it applied, Peter received full assurance that he was indeed a Christian, and that settled the issue permanently. His baptism followed.

From that point on Peter began to study the Bible, memorize verses, and become more involved in Christian activities, with Doug as his mentor.

Peter was deeply affected by the martyrdom of five young missionaries on January 8, 1956, in the jungles of Ecuador. He says, “I was greatly challenged in my life to be more committed to the Lord through this momentous event.”

Peter’s faith journey saw him involved with Inter-Varsity Christian Fellowship at Victoria College. He also became interested in preaching and joined a team holding open-air meetings in downtown Victoria. Preaching became an avocation he pursued for the rest of his life.

At age 24/25 Peter faced a crossroads. He had a love for Asia, yet God seemed to be directing him toward French Canada. He thought he would have to choose either teaching, work in French Canada, or work in Asia. As it turned out, these all intersected later on.

Throughout his life, Peter’s faith has remained central to who he is and what he does. His sense of mission motivates him in his projects to better the lives of people in various countries. He has never lost his fondness for that part of the world where he was born, and to which his father felt called to proclaim the gospel.

Peter began his teaching career in 1957 in Penticton, BC. In 1959 he continued his education at the University of British Columbia (UBC). In 1960 he took a teaching position at White Rock (BC) Junior High School. In 1962-63 he did his final year at UBC, during which he did substitute teaching for the Surrey School Board. He graduated with a BA in geography and psychology,

This same time saw him beginning to preach and founding a local radio program, “Faith for Our Times,” broadcast over CJOR and CFUN in Vancouver.

Peter would go on to earn a Master’s degree (Licence-ès-lettres ) at the Université de Montréal (1967), a PhD in urban geography at McGill (1970), and post-doctoral studies in international development at the University of Ottawa (1976).

As a professor, he could choose topics that lent themselves to pursuing his lifelong mission. Medical geography, and specifically public health, became his area of specialization, allowing him to show Christ’s love and compassion to people in their communities.

In 1967 Peter married Beth Stark, and in 1970 they became parents to twin sons, Jonathan Marc Foggin and Timothy Michel Foggin, who themselves carry on the mission legacy in contemporary ways, as do their children.

Marc (PhD, McGill, Arizona State) works as a conservation biologist with the University of Central Asia. He is founder and director of the Canadian NGO Plateau Perspectives.

Peter’s life work embraced teaching, research, church ministry, and community development, both domestically and internationally. In 1963 he had gone to Montreal as a Christian worker (sent by 17 churches in greater Vancouver), and combined this type of work with further academic studies, completing both his Masters and PhD degrees.

He and his wife purchased a large house that became the meeting place for a new church plant, for which they provided leadership.

Returning to Montreal in 1974, Peter became an associate researcher at the Institut de la Recherche Scientifique (INRS) as an urban geographer. From this point his work in research, teaching, Christian ministry, and international development began to intensify, leading him into the most productive phase of his career.

In 1975 Peter assumed the position of executive director of Aide Olympique, a Montreal based NGO, coordinating 25 organizations for Christian outreach during the 1976 Olympic Games.

Following the Olympics, he became the project manager for World Vision in their “Crusade Against Tuberculosis” (CAT) in Haiti. In all, he spent three years there, working in the areas of tuberculosis prevention and treatment, and nutrition. The last two years he served as World Vision’s first field director in Haiti.

Returning to Canada in 1979, he worked until 2006 as both an associate and full professor at the Université de Montréal. During this time he also served as a board member of the Montreal Bible Society, St. Stephen’s University (New Brunswick), World Relief Canada and, since 2000, Plateau Perspectives.

During his career, Peter carried out family planning research in Thailand (1980); researched the health status and risk factors of the Cree and Inuit in northern Québec (1980–87); did similar research in western China (1989–90); researched the health status and risk factors of semi-nomadic pastorals in Mongolia (1990–95), and the Miao people in Yunnan Province of China (1996–99); and researched mother-and-child health on the Tibetan Plateau (2001–06). This applied research, published in scholarly journals, has provided the understanding needed to produce more effective programs of preventive health care for disadvantaged and/or isolated populations.

Peter also published (in French) Montréal—Holt, Rinehart, and Winston, 1972—a social geography of Montreal, used as a high school textbook. 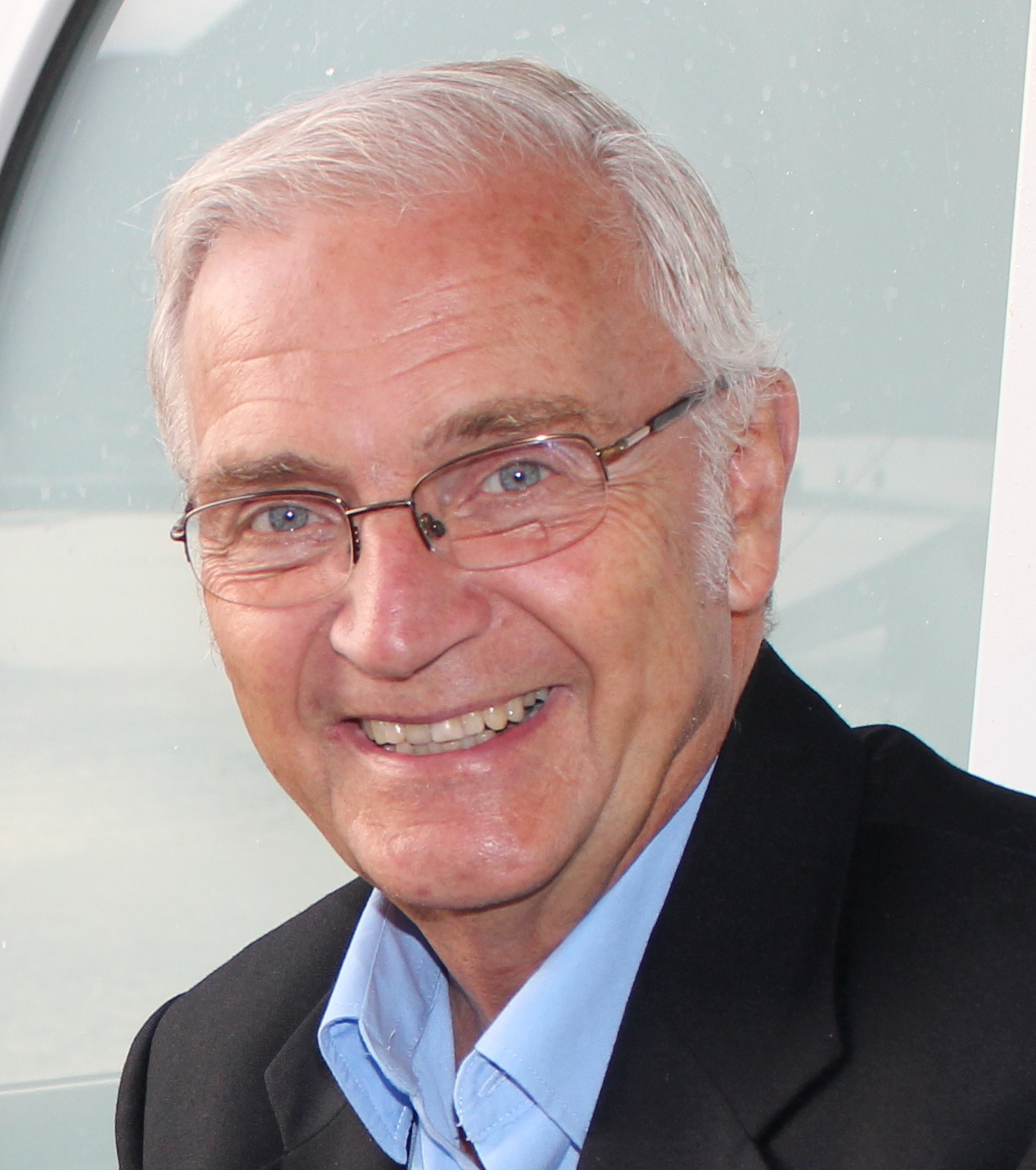 From 2006 to 2015 Peter was Adjunct Professor of Geography at the University of Ottawa, and currently is an honorary professor (retired) at the Université de Montréal. He lives in South Surrey, British Columbia.

Peter became personally involved in bringing health and community services to the people of Western China when he became the international coordinator of Plateau Perspectives.

Peter’s particular role has been the liaison between the board of Plateau Perspectives, of which he is a member, and the field work in Asia. Plateau Perspectives promotes conservation and community development in the Tibetan Plateau region of China and the surrounding highlands of Central Asia. It advocates for and works toward keeping the indigenous people on their pastoral lands.

It promotes indigenous involvement in managing these pastoral lands and provides leadership and economic resources to develop local cooperatives, involving local people in managing the region, in particular the Sanjiangyuan National Nature Reserve, located in the headwaters region of the Yangtze, Yellow, and Mekong rivers.

Between 1987 and 2014, Peter travelled more than 40 times to China to do field work. He still travels there, researching a forthcoming book about the Miao people of the Chinese provinces of Yunnan and Guizhou.

When asked what motivates him, Peter replied, “To share Christ’s love in practical ways.” He views his professional career as a means for him to pursue his calling as a teacher and Christian witness. He brought Christian values and perspectives into the workplace and his Christian faith pushed him in the direction of helping communities in the area of public health—a good vehicle for expressing Christian compassion and a concern for people.

Peter’s leadership skills were tested when he served as director of the Department of Humanities and Social Sciences at the university in Chicoutimi and, for eight years, as Department head at the Université de Montréal. He comments, “It was quite a challenge to balance all the demands and wishes of such disparate groups as economists, sociologists, anthropologists (including specialists in linguistics and archaeology), historians, psychologists, geographers, and French literature.” His diplomatic skills combined with his leadership to make him successful.

An energetic person always on the go, he has passionately pursued his calling well into later life. He has made a major contribution in teaching and research, and his international fieldwork has made a significant difference in the lives of thousands of people. He has provided a link between East and West, resulting in cooperative community development, enhancing the lives of indigenous people, and generating local leadership.

Neil Bramble is retired from his career as a teacher and staff member of The Gideons International In Canada. He currently works as a freelance writer, editor, and speaker and has taken a special interest in leadership during his career. He lives in South Surrey, British Columbia.