In the eleventh installment of his Outremont series, columnist Gideon Strauss takes us through Quebec history through the eyes of Guy, "a “pure laine Outremonter.” 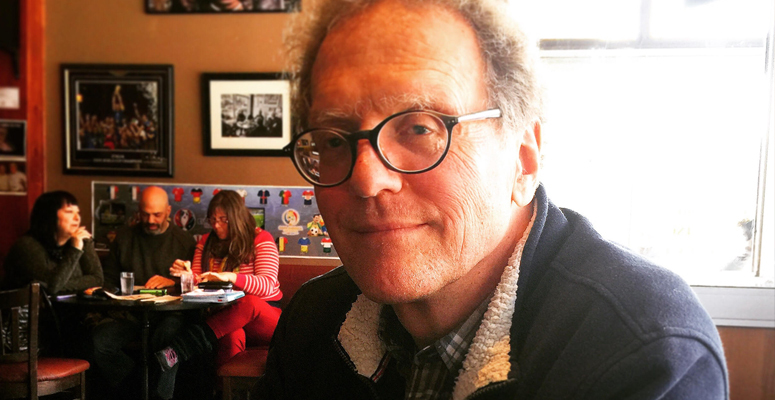 I met Guy Archambault at a Purim celebration in Montreal’s Outremont borough. The Friends of Hutchison Street, co-founded by Mindy Pollak and Leila Marshy, had invited Outremont folk to join them for the traditional reading of the book of Esther, hosted by Chabad Mile End. Our brief exchange while munching hamantaschen piqued my interest; we continued our conversation over coffee the next day, at Club Social on St. Viateur Street.

After a career of public service in Ottawa, Hungary, Peru, and France – the highlight of which, from his own perspective, was his involvement in the peace process in Bosnia and Kosovo – Guy returned in retirement to Outremont, where he had lived during part of his childhood, and attended high school.

As he described himself in his “Letter to a Hassidic friend” in the Outremont Hasid blog, Guy is a “pure laine Outremonter” – a dyed-in-the-wool francophone Quebecker whose entire genealogy can be traced back to French settlers who came across the Atlantic in the 1600s and 1700s.

From Guy’s perspective, the tensions between Hasidim and francophone non-Hasidim in Outremont are connected to the historical experience of francophone Quebeckers. As he wrote in the Outremont Hasid blog:

Many newcomers to Quebec are not fully aware of the state of inferiority in which francophones have lived in Quebec and throughout Canada until the mid 20th century. Before 1960, the rights of francophones had little weight. We felt like second-class citizens in our own country.

I still remember the humiliation I felt in the late ’60s in downtown [Montreal] department stores: the display was English and I would be met with scornful reactions when I tried to speak to an anglophone clerk in French.

As Guy told me over coffee, “We often compared our situation with Rhodesia. In our minds we [francophones] were in the position of the blacks of Rhodesia, and the anglophones were like the anglophones in Rhodesia. We knew it was an exaggeration, of course, but sometimes we would use the words, ‘The Rhodesians,’ to talk about the anglos.”

Because of this history of discrimination and a sense of precariousness with regard to the current recognition and protection of their language and culture, many Quebeckers – and Guy does not agree with this sentiment, even though he says that he can understand it – feel that the pressure towards multiculturalism, towards the recognition and accommodation of cultural and religious diversity in Quebec, is pressure towards the dilution of the status of the French language and francophone Quebec culture.

And then there was the Quiet Revolution of the 1960s.

“The change between generations, I think, was much stronger in Quebec than in other places,” Guy says. “We went from a much more conservative, much more religious – oppressive, I must say, in the cultural sense – milieu to a society that is a-religious or anti-religious, and much more so than elsewhere in Western countries. So the change was really dramatic. We were in total rebellion against the values of our parents. But to create new values from scratch is not easy.”

A sense of inferiority and humiliation remains alive in the memory of many francophone Quebeckers. They fear a dilution of the status of what they hold dear culturally. And they feel a thorough disdain for what they perceive to be the culturally oppressive effects of religion. These sentiments constitute the background against which the ban on new places of worship in Outremont must be understood, according to Guy.

“Québécois have seen what religion can do, especially to the rights of women. They don’t want that anymore. The problem is that there’s a lot of projection: ‘We were oppressed by religion, so they must be also.’ They’re certain, for example, that a woman who wears a veil does it because a man imposes it on her. But every study, every testimony that you hear shows that this is not true. In Muslim families it is usually the women for whom these practices are very important. These same stereotypes and prejudices are applied to the Hasidic community.”

While he strongly opposed the ban and spoke publicly against it (“because it was neither accommodating nor benevolent”), Guy Archambault supports some civic regulation of places of worship, insofar as they impact public spaces. He supports building safety standards, neighbourhood aesthetic standards, and arrangements to alleviate the inconveniences that may result from the presence of places of worship, for example, with regard to parking. But always regulated after open public dialogue ­- and enforced in a manner that is just a little less uptight.