Beyond the Usual Suspects

Beth Tzedec, a synagogue in SW Calgary chose to do something rather than nothing in the face of human trauma in Syria. They decided to sponsor a refugee family. 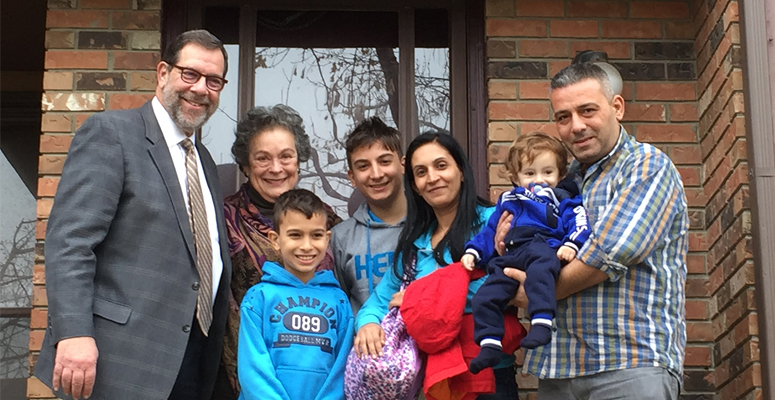 Deb Shnav leader of the sponsorship group was asked why a Jewish organization would bring in a family from Syria, why were they not supporting their own people?

Deb reflects on the motivations, miracles and magic of this choice, “Well, I understand what you’re saying but just imagine if there were church groups all over Canada and the Federal government of Canada had allowed this in 1939 or 1940? And that was kind of the end of that discussion.”

“I’ve spoken to quite a few in my group (about why they are helping a Syrian refugee family) and a lot of it has to do with their own antecedents. Their families and the stories they heard about the immigration of their family and how tough it was. There’s a sense of almost honouring your own family… of respecting and honouring what your own parents or grandparents did when they came to Canada and how much they would have appreciated a helping hand… The Jewish people who came as immigrants – they didn’t get such a warm reception as Jews, except from the Jewish community. It was a different time.”

Deborah continued, “It’s kind of a relief …it’s a real gift to people to help alleviate the sense of bitter frustration and depression that comes with feeling helpless while watching a tragedy. This is something that people can do. And you don’t have to have a lot of money to do it. You don’t have to have any special anything. You can just contribute whatever little bit of time or money or energy that you can spare. And you can make a difference. All of us made a difference.”

“It was magic because they were living in very difficult circumstances with very little hope, and now they’re here and their children are in school. Now they have huge hope and loads of opportunity. Freedom. Nobody’s blowing anything up around them. It’s a miracle. And there are hundreds of these miracles in Calgary unfolding as you and I sit here… It’s happening all over the country – that very ordinary people like me are taking part in this magic.”

The above story is written and published in collaboration with NewScoop YYC, a generative journalism cooperative based in Calgary.