The Faith to Become a Bishop

In the mid-1990s, Bruce Myers was covering politicians on Parliament Hill and in Quebec’s National Assembly. 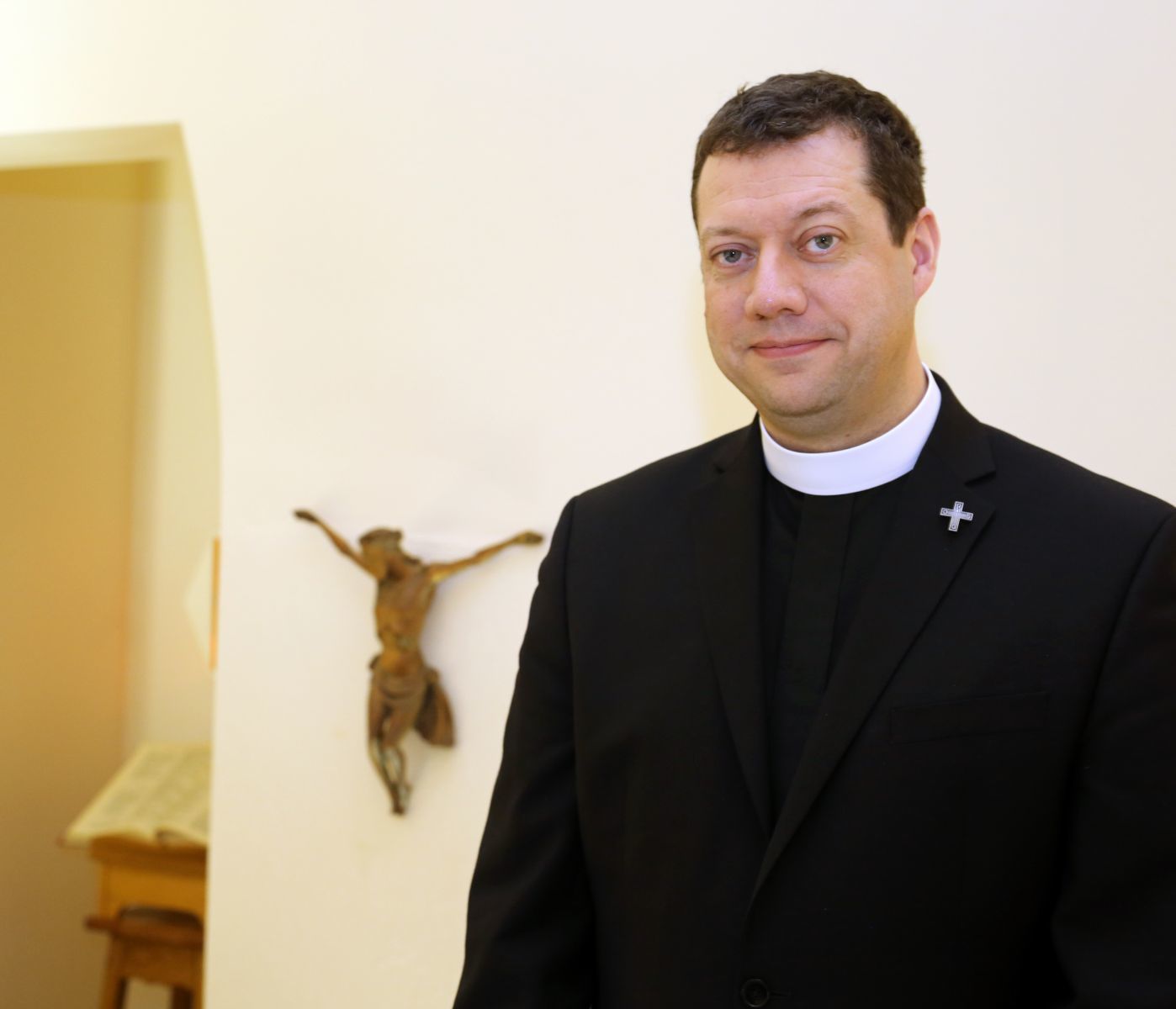 In two months, he will become an Anglican bishop ministering to the spiritual needs of parishioners throughout central and eastern Quebec.

Yet for the affable 43-year-old, what might seem a radical career to many is part of a natural progression in a life lived through faith since childhood.

“There was no road to Damascus conversion at all,” Myers said in a recent interview over coffee near the Toronto headquarters of the Anglican Church of Canada. “It was more a gradual, over many years, affirmation of the direction in which I really ought to be going.

“There did come a point where I just took my hands off the wheel and said ‘Fine, let’s see where this thing is going to go. The minute I did that, everything kind of fell into place. Call that God’s providence if you want. The doors opened for me.”

On May 5, the doors of the Anglican Cathedral in Quebec City will open and Myers will be ordained as coadjutor bishop of the diocese of Quebec. He will serve with current Bishop Dennis Drainville until the latter’s anticipated retirement later this year or early next. Myers will then take over as the leader of about 4,000 Anglicans scattered over hundreds of thousands of square kilometres from the Eastern Townships to the Magdalen Islands.

He recognizes already, based on the reactions he’s had from friends and former media colleagues, that one of his first tasks will be to explain to a lot of people exactly what a bishop does.

“I have been encountering people from my other walks of life before ordination, or just people who have never had anything to do with the church, who had to ask: “I know what a bishop is in chess, but could you explain it to me in the context that you’re a bishop?”

His second task will be the dual undertaking of pastoring his existing parishioners while articulating the message to an overwhelmingly French-speaking, and nominally Roman Catholic, population that the Anglican Church of Canada is not the Church of the Queen of England or an exclusive enclave of Anglophones.

Raised near the Ontario-Quebec border between Ottawa and Montreal, Myers spent his formative years in the United Church. An encounter with High Church Anglicanism while he was at university led him to a new place of worship, though he is emphatic that he still loves and attends the United Church when he returns to Glengarry County.

Growing up, he felt a strong call to ministry but an equally strong pull to journalism. Radio reporting won out. He spent the years after university as a news reporter. A posting to Quebec City to cover the National Assembly caused him to begin worshiping at the Anglican Cathedral there, and to serious discussion about entering the priesthood.

He is convinced the time is fruitful for a renewal of faith as people find what the secular world offers to be wanting. Yes, the Christian Church has fallen away and in some ways been abandoned, he says. But, then, the apostles did the same thing to Jesus.

“Here’s this motley, seemingly unreliable crew of fellow travellers who just constantly let Jesus down, falling asleep, doubting, questioning, perpetually not getting it, yet he nevertheless entrusted the Church to their care. It’s in part to their life and work and witness that we’re here today, talking about this very thing, and that the Church still has a life and work and witness in the world, one I think is as valuable as ever.”

For more on Bruce Myers, read The Conversation in the coming February-March issue of Convivium magazine.