Janette Oke, herself the daughter of Canadian pioneers, has kept the pioneering spirit of courage, resourcefulness, integrity, faith, and romance alive in the body of fiction and non-fiction she has written. Her contribution to Christian fiction in Canada and the U.S. is near-legendary. She is, indeed, one of Canada’s most beloved storytellers.

“… Writing was not just a dream, nor was it a remarkable commodity of words—it was a ministry for a world hungry for the knowledge of the God who loves them.”

Janette Oke (née Steeves) was born on February 18, 1935 to Fred and Amy Steeves in the family’s log house near Champion, Alberta. She grew up a middle child with an older brother, three older and, eventually, three younger sisters. During those Great Depression years the large family moved from the Champion area and settled on a farm at Hoadley, Alberta.

Janette’s childhood was happy and typical of a prairie youngster’s. Her first memory was of her siblings chasing gophers (Richardson ground squirrels). Her favourite toy was a homemade dollhouse, painted by her older sisters to look like her mother’s kitchen. She and her siblings walked two and a half miles to a one-room school. She loved her daddy, horses, playing farms and roads in the dirt with nails and string, listening to her sister tell stories, reading about the pioneers, and acting out the plots of western movies with a friend.

Her education was interrupted by sickness in the family and she took a job at a local bank instead of finishing high school. At nineteen years of age she went to Mountain View Bible College in Didsbury, Alberta, from which she graduated in 1957.

Also in 1957 she married Edward Oke. Edward attended seminary in Indiana while Janette worked. Edward then pastored Missionary churches in Indiana, Calgary, and Edmonton before being appointed president of the Mountain View Bible College in Didsbury.

Janette and Edward’s first attempts at having a family were difficult. Her first pregnancy ended in a miscarriage. That was followed by the death of a baby boy in the early hours of his life. But over the years following, God blessed their lives with four children, Terry, twins Lavon and Lorne, and a daughter Laurel. 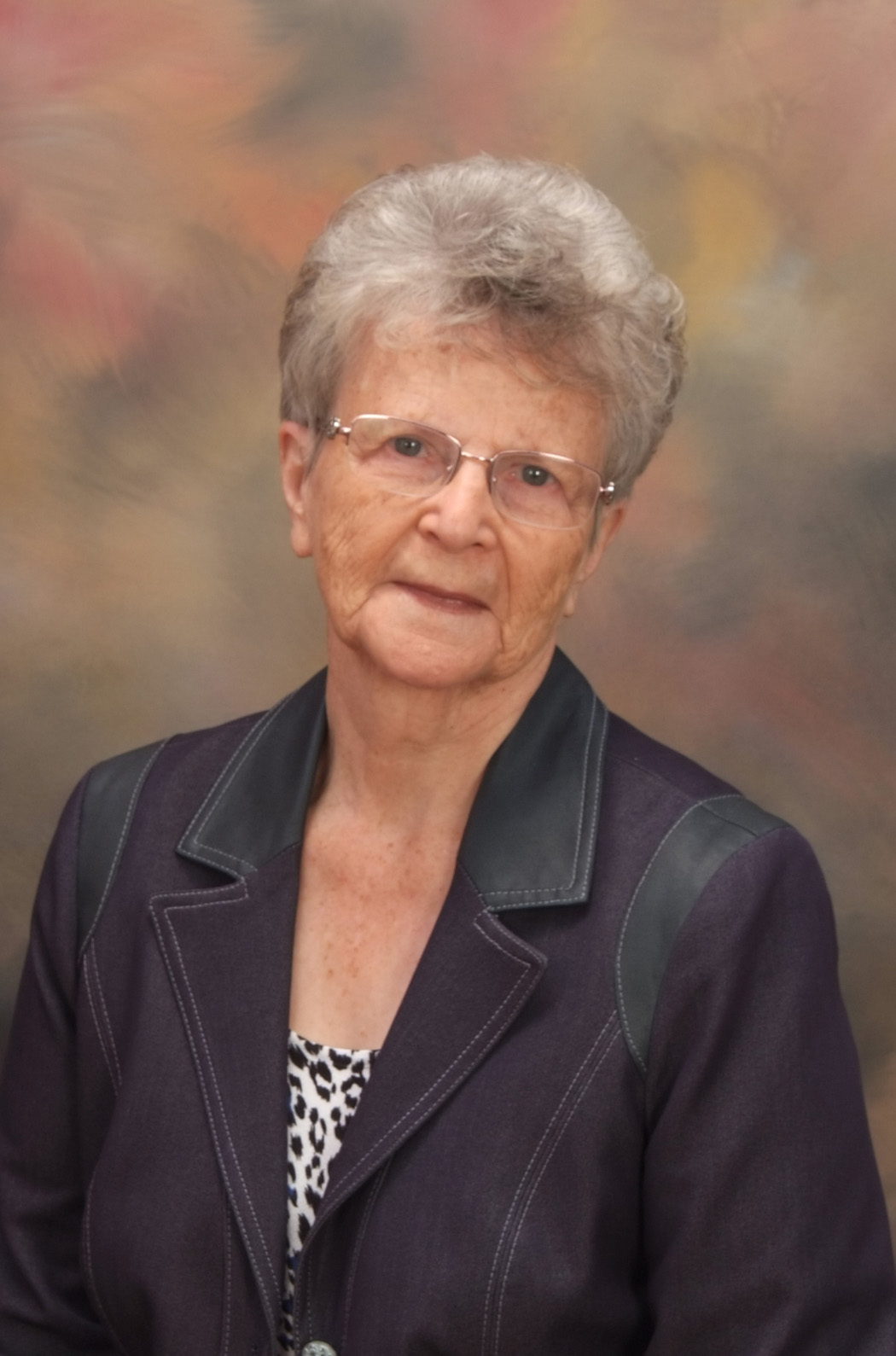 From an early age Janette attended Sunday School, Church and Vacation Bible School with her mother and siblings at the small church in Hoadley. When she was ten years old she made her peace with God in a response at a summer camp at Gull Lake, Alberta. In her early teens she dedicated her life to be used in any way God chose. She was baptized in water years later in the Beulah church in Indiana where her husband was an intern.

Writing was always a favourite activity of Janette’s. Once when her mother was hospitalized, Janette missed her terribly and wrote her feelings in a poem. The poem was read by her mother, she kept proudly reading it to family guests who visited, and Janette discovered for the first time that something she had written could bring pleasure to someone else.

She always promised herself she’d write someday but not before her family was older and she’d had some specialized training. She took a couple of writing aptitude tests for courses and scored well. A rep for one of the courses looked her up at her job in a local bank but told her that she’d never be a writer because she wasn’t reading enough (her response to the question about reading had been “I don’t have nearly as much time for reading as I would like”). For some time after that she kept track of her reading and found she usually read over 100 books a year.

When her children had reached their teen years, restlessness to get writing got her started collecting the pieces she’d already written and planning to add more. She had an idea for a story. The trouble was, her idea began expanding past the length of a short story.

Her intention was to write a clean, entertaining piece of fiction to fill a void in the market. She picked the romance genre because she felt many young women enjoyed such reading, and the new secular romances were becoming increasingly “tainted” and not what she felt Christian women and girls should be reading. She also wished to share her faith.

As Janette struggled with writing her story, she prayed, “’If it works and if I discover I have talent, I’ll give it all to you, God.’”

But she felt uneasy as she sensed God’s reply: “’I’m not interested in your book after you’re donewith it. I’m not even particularly interested in your talent. If you are really serious about writing as a ministry, then I want it all, right now, before you start.’”

Janette felt herself wanting to argue. Even though she’d yielded herself to God, she found herself hanging onto what she dreamed might be a talent for writing. However, after more prayer she had peace and could honestly say, “’Okay God, we’ll do it Your way. I will write to the best of my ability, seeking to bring glory to Your name, and whether something exciting happens or absolutely nothing at all, that’s entirely up to you’.”

Janette began writing the first draft of her story in the summer of 1977. As a busy mother and full-time employee of Reimer Concrete at the time, she wrote in snatches—before leaving for work, during her lunch break, in the evenings, and during vacation drives.  In just three weeks she wrote the first draft of the story she had imagined and lived for some months.

After getting feedback and doing some editing, she sent it to Bantam Books. It was promptly returned with a form rejection. So it sat on the shelf for six months while Janette researched the writing business. Following advice she read in a book, she sent out query letters. One of them led to an invitation from Bethany Fellowship Inc. to submit the manuscript. Soon they offered a publishing contract. Love Comes Softly was published in July of 1979.

Janette had planned for Love Comes Softly to be a standalone book and was plotting a different story when letters began arriving asking, “What happens next to the Davis family?” Her editor at Bethany encouraged her to write a sequel. The Love Comes Softly series continued for a total of eight books. Years later, due to reader mail, four more books were added. 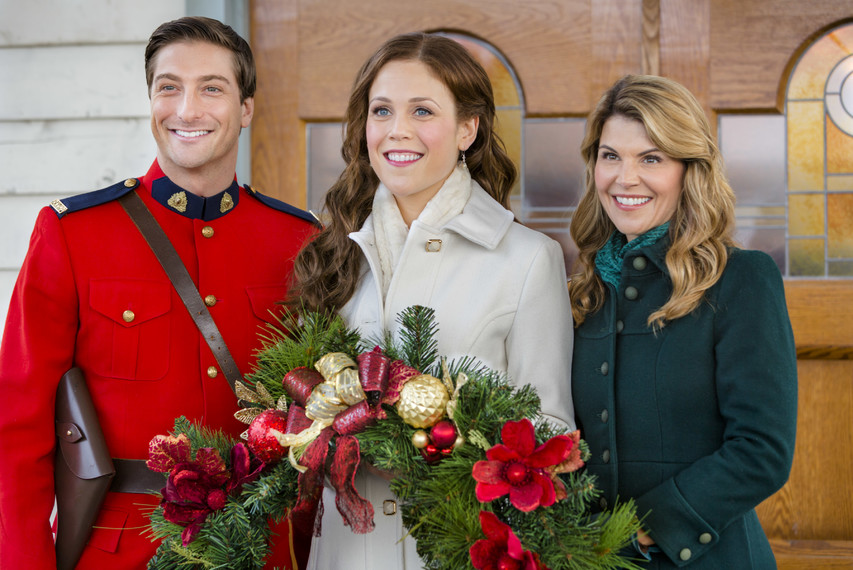 Janette’s experiences growing up, together with her interest in pioneer life, equipped her well for writing about the historical time period in which many of her books are set (19th and 20th century pioneer life in the west). She says, “As a teen I was very into the west and pioneer days. So I read everything I could find on the pioneers. I felt they were a very hearty group of people with a lot of bravery to come out and start making a life on a new frontier.”

Janette was a disciplined, organized writer. She lived with her characters and their adventures for a while before putting them on paper. She outlined her books in detail and in this way fulfilled, for years, a commitment to write two adult books and one children’s book a year. She describes writing as “time consuming and hard work.”

Many more series followed Love Comes Softly. Oke has written 75 books and counting—the historical prairie romances (described as “real life, honest love, and lasting values”) for which she is most famous, many children’s books, and other standalone stories and devotionals. In the mid 1990s author T. Davis Bunn suggested they collaborate and they have co-written historical and Bible fiction.

Oke’s hopes for the impact of her work has developed with the growth of her success. Laurel Oke Logan relates her mother’s aspirations for the books she writes:

“… she tried to picture each one of her books as a little ‘paper missionary.’ It had the potential, through the Spirit’s working, to reach a heart crying out for truth and answers somewhere, and she prayed often as she wrote that this would be so.”

Though Janette officially retired in 2002 to join her husband in his retirement, writing requests keep coming in. Most lately she has collaborated on a series with her daughter Laurel Oke Logan.

Not only has Bethany Fellowship Inc. (now Bethany House) been Oke’s benefactor, but she has been an asset to them. Her book Love Comes Softly was the first fiction title they published. They have gone on to publish hundreds more. Sarah Johnson, author of Historical Fiction: A Guide to the Genre says about Oke:

“Oke’s pioneering influence on Christian historical fiction, and Christian fiction as a whole, has lifted her to near-legendary status.”

Furthermore, the popularity of her stories coming out in series started the trend of series publishing in Christian fiction.

Janette Oke’s stories are not limited to print. In 2002 Michael Landon Jr. chose her book Love Comes Softly as the first story to adapt and produce as a TV movie for the Hallmark Channel.

Other books of hers have also been made into movies. The popular series When Calls the Heart, currently in its fourth season on the Hallmark Channel and also shown on the CBC in Canada, is based on books from Janette Oke’s Canadian West series.

Over the years Oke has collected many awards and honours. These include Evangelical Christian Publishers Association Presidents and Gold Medallion Awards, Angel Awards, Camie Awards, a Christy Award, an Honorary Doctorate of Humanities from Bethel College in Indiana and, from Canada, the Leslie K. Tarr Award.

“People don’t realize that this woman in her quietness has sold over 30 million copies of her books. There’s only a handful of writers living today that can say that. And yet you would have no idea that this woman is that accomplished and that that many people love her for her work and her storytelling.”

Carpenter, Edwin L. Editor – The Dove Foundation, “Janette Oke; An interview with the writer who could not write only one book” < http://www.dove.org/janette-oke-an-interview-with-the-writer-who-could-not-write-just-one-book/ >

List of books written by Janette Oke is available on Wikipedia: https://en.wikipedia.org/wiki/Janette_Oke

Violet Nesdoly uses her fiction, nonfiction, meditations, and poetry to do what she is passionate about—bringing the Bible to life. Her debut novel Destiny’s Hands, a Bible fiction, was a finalist in the 2013 Word Awards. Violet lives with her husband in Langley, B.C. When she’s not writing or reading, you’ll probably find her, camera in hand, enjoying one of the local nature trails.