On Tuesday, B.C. Liberal MP Sukh Dhaliwal rose in the House of Commons to invite all Canadians to join in celebrating Vaisakhi and Khalsa Day. 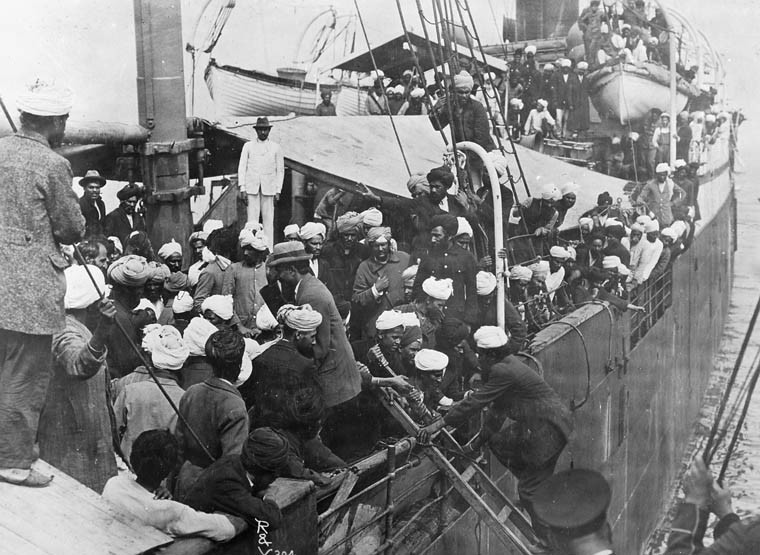 “April 13th, the Festival of Vaisakhi and Khalsa Day…is the 317th anniversary of the birth of Khalsa, which is the time Sikhs were baptized,” the MP for Surrey-Newton said during the House period reserved for members’ statements.

“On April 23, like every year, Surrey-Newton will be home to the largest Khalsa Day celebration and parade, which will bring together hundreds of thousands of Canadians of all backgrounds,” Dhaliwal added.

His statement had special resonance because Prime Minister Trudeau had just reminded Canadians the day before of the deplorable Komagata Maru incident, and vowed to make a formal apology in the House of Commons for the bigotry and mistreatment it embodied.

One hundred and two years before MP Sukh Dhaliwal rose to speak in Canada’s Parliament, 340 Sikhs, along with 24 Muslims and 12 Hindus, all British subjects, were refused entry at the port of Vancouver. They were forced to stay aboard their ship, Komagata Maru, from May 23 until July 19, 1914 because they were alleged to have violated “exclusion laws” intended to keep Asians from entering Canada. Some were branded “terrorists” and accused of fomenting violence against British rule in India.

Public outcry against allowing the passengers to disembark prompted the federal government to mobilize a warship, HMCS Rainbow, with troops from three regiments to ensure the arrivals did not make it ashore. Twenty people were killed in a melee that arose when they tried to disembark from the ship after it had taken them back to India.

“As a nation, we should never forget the prejudice suffered by the Sikh community by the hands of the Canadian government of the day,” Prime Minister Trudeau told a Vaisakhi celebration Monday on Parliament Hill.  “We should not and we will not. That is why next month, on May 18th, I will stand in the House of Commons and offer a full apology for the Komagata Maru incident.”

Former Prime Minister Stephen Harper had apologized to Canadian Sikhs several years ago, but despite the urging of the community did so away from Parliament. Trudeau, whose Liberal benches in the Commons are home to turbaned Sikhs including Canada’s defence minister, Harjit Singh, surprised the Vaisakhi celebration by announcing he would correct that.

For MP Sukh Dhaliwal, it was a great start to the Sikh faith’s foundational festival.

“I, along with my western Canadian colleagues, am proud to represent Sikh communities throughout western Canada, and we wish everyone a happy Vaisakhi and joyous Khalsa Day,” he told the House.