A Vocation of Peace

Rabbi Shalom Schachter wakes up each morning thanking his parents for giving him his name. Peace, he says, defines his character and his outlook. 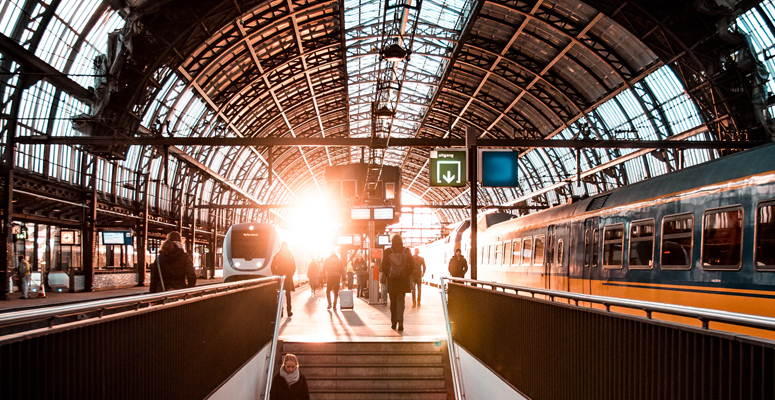 In the Jewish tradition from which he comes, names hold spiritual significance throughout one’s life. In his own life, he sees how it has made a substantial impact.

“Maybe my parents knew a bit of my soul and who I was to become, and said ‘he is going to be a peacemaker, we should name him Shalom’,” he says.

Not only does he feel that he has a sense of inner calm, but peacemaking has also been at the fore of his vocational career as a Rabbi and a lawyer, where he pursues antipoverty initiatives that seek to assist the working poor across the country.

At a young age, Shalom was sent to rabbinical college to follow his father’s vocational direction. However, he soon felt that he would not be able to live up to his father’s legacy, and decided to pursue law to pave his own path.

“My father was a Rabbi and he wanted me to follow his footsteps… but for my own identity I needed to do something different,” says Shalom.

At the time, Shalom’s career interests were outside of what he calls the ritual aspect of Judaism.

“In Judaism there are two dominant strains, one is the ritual—you’re supposed to pray at certain times, say certain things, you’re not supposed to eat certain foods—and then there’s the prophetic tradition, which focuses on social justice,”

In the latter stream, says Shalom, “it’s not so much important how exactly you adhere to the ritual observances of your God, but how you interact with fellow human beings and with the rest of creation. And social justice was a very important element in my home,”

It was his passion for social justice and political sciences that ultimately led him into the field of law.

Though we may be tempted to place law in the secular category, and faith into the religious category, “in Judaism, there is no such distinction,” says Shalom.

“The guidance we have is supposed to impact the totality of our lives. It’s not just that you’re a Jew on Friday night and Saturday morning, and the rest of the time you’re just an ordinary member of society. We are active within our religion 24/7.”

The first of which is “Da Lifnei Mi Atah Omed” or “know before Whom you stand,” which reminds him that God is always in his midst.

And the second of which is “shiviti Hashem l'negdi tamid” or “I place myself in front of God always,” which prompts him to posture himself in reverence to God during the everyday aspects of life, like driving in traffic or going to work.

Rabbi Shalom’s successful legal career has no-doubt been impacted by this faithful way of life. The cases he took on, and the lawsuits he pursued were informed by the values associated with his faith.

Most notably, Shalom played a role in shaping Canadian parental care policy as we know it. In the 1980s, Shalom felt that the 15 week parental leave policies prohibited him from being involved in raising his children, and discouraged his wife from pursuing her vocational interests.

Ultimately, feeling that God created both men and women in the image of God, and that his wife should feel equally empowered as he to pursue a career, he sued the federal government. His advocated for non-discriminatory options for parental care after childbirth. The result was an amendment of the 15 week parental leave model to provide income support on a non discriminatory basis which now has been extended to cover a 35 week period of paid leave divided between parents, as they see fit on top of the 15 week period of paid leave for biological mothers for the physiological needs of the past portion of pregnancy.

This suit, he says, was informed by his desire to be an equal participant in parenting and to see his wife pursue vocational interests without carrying the full burden of child-rearing—both of which are rooted in his view that God created all people with a divine likeness.

This is one example out of many where Shalom applied his Jewish faith to Canadian social infrastructure.

Seventeen years ago, after engaging in many years of legal work, he decided to show appreciation to his father’s legacy by finishing his rabbinical training and he received his ordination eleven years ago.

Today, Shalom works part time as a Rabbi at Beth Tikvah Synagogue in Toronto, and part time as a legal advisor in labour relations. It’s his plan to be involved in law and religious leadership for as long as possible.

“As long as I have the energy to do so, I want to continue to be active in society,” he says.

“I want to find ways to contribute to the social well-being of society and at the same time to bring my religious sensibilities to that work.”