Give Where You Live

In the wake of the Fort McMurray fires, Peter Stockland reports on the ground in Edmonton on how religious communities are responding to the catastrophe.

“We give where we live,” the shirt front said. 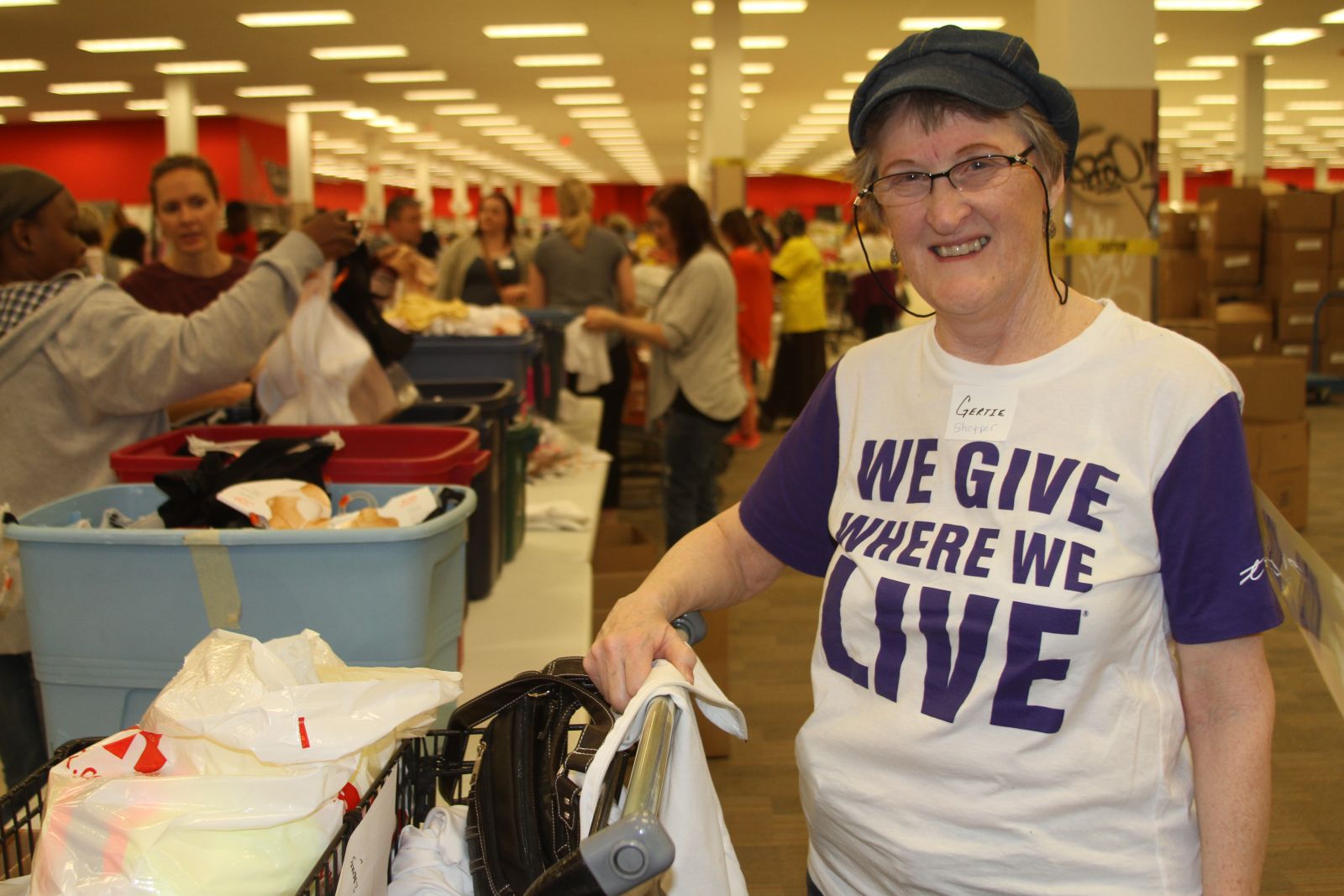 Gertie put it on that morning hoping it would spread the message that helping evacuees from the wildfire that drove more than 80,000 residents of out Fort McMurray on May 3 is one way to show support locally. It’s why she’s one of thousands of Edmontonians volunteering to make sure people have what they need to recover from the blaze that ripped their lives apart. It’s also why she’s trying to stamp out suggestions that somehow the catastrophe was a kind of cosmic payback for sins ecological or theological.

In the immediate aftermath of the conflagration, incendiary remarks were made by some claiming affiliation with the environmental movement that Fort McMurray deserved what happened to it because of its involvement in the oil sands. Fuel was added to the fire by Christian mutterings about God’s hand in all of it.

Gertie is aghast. Raised in the Reformed tradition, now a Presbyterian, she recounts the story of a minister who gave his congregation a sermon against such backbiting.

“As volunteers, we’re very touched by what we’re seeing,” she says, taking a brief break from her duties helping the evacuees. “People who’ve lost everything are doing their best to keep smiling, to stay positive. The only grumpiness you see are from the little kids when they get tired,” she says.

“This was not God’s punishment for sin. These people didn’t deserve this for doing something wrong. They just want to get back on their feet. That’s what we’re here to help them do. That’s what it means to give where you live.”

Jacquie Nowlan, a parishioner at Corpus Christi Catholic Church in southeast Edmonton couldn’t agree more strongly. Such talk doesn’t only make her angry. She suggests Christians who indulge in it should spend some time reflecting on the nature of their faith. Or, better yet, stop talking and get busy taking action to help.

Jacquie was ‘called’ out of bed early one morning by the necessity to do what she could to help. Her husband was working in Fort McMurray when the wildfire turned on the town. The fact he and everyone else was able to get out safely left her with whole hearted gratitude. But she knew she had to do more.

Her parish priest happily gave her permission to use the church hall as a collection depot for relief supplies. Working 10 and 12 hours shifts for days, they were able to deliver about 10 pickup truck loads of goods ranging from clothing to food to bottled water for the evacuation effort.

In fact, she says, the chance to give was itself a gift. Having recently left a job and facing a period of uncertainty, the chance to help others gave her the opportunity to see what she was doing through the eyes of faith. Fittingly, she said, the opening came during the Year of Mercy declared by Pope Francis.

“It really is a point of conversion for me,” she says. “After I left my job, I was having a bit of a pity party for myself, but God needed me to be on the ground here to do this. In the Year of Mercy, I was called to an act of mercy for my brothers and sisters. My faith required me to respond.”

As for those whose mercy has been overwhelmed by the need to let their tongues wag, Jacquie has some choice advice: “If you won’t help, and you can’t say something positive, just keep quiet.”

Or as Gertie Groenweg might say on another T-shirt: Give and let live.