She goes to church every Sunday for five hours of teaching, singing, and prayer. She reads the Bible to her sons every night. And she’s a Buddhist. 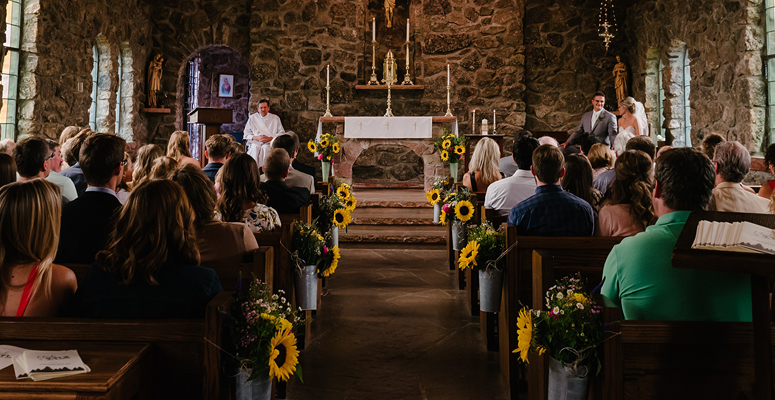 Her story is one that I have heard from a number of women: women who grew up in Communist China, who heard the name of Jesus and heard the word Bible. Women who were and are hungry and thirsty to feast upon this man who is Christ.

I am intrigued when I hear stories of women, hungry to know God, maybe because I see something of my own story reflected back at me. This isn’t because I am Chinese or Buddhist. No, I’m a white Christian from a small town in Idaho who detoured through Germany before moving to Canada at age twelve. The daughter of an itinerant scientist, moving and migrating was the norm of my childhood.

When passing through customs at the U.S. Border, I rarely knew how to answer the question “Where’s home?” What I found is that “home” is a mirage for many people on this planet. We believe that home is a real place, but we only get glimpses of home while living in places that are emotional and spiritual deserts.

An upstart student of mine in a language class for newcomers to Canada, the Buddhist Jesus-believer excels through the class quickly. When she moved to Canada, she began attending church. Her son protested when she took him to church: “This isn’t a temple!”

Her son was confused. Temples and churches are almost the same thing, she told him. They are places where people experience God’s love.

Still, she has to come to terms with Jesus. Her dedication to read Bible stories to her children every night surpasses the dedication of many Christian parents who I know.

So, is there something different about Jesus? She’s still discovering him and what he wants with her anyway. Maybe she didn’t know about Christ, but he has known her for a long time and she is starting to be drawn into his character. God reveals his character through his image, the Imago Dei.

This Buddhist Jesus-believer is bearing the image of the triune God. People bear the image of God when they love one another, when they forgive, when they to do justice. As she cultivates faith in her family she reconciles her Buddhist upbringing with the God-Man Christ who is capturing her mind, heart, and imagination.

I wonder how she reconciles Christianity with the Buddhist traditions that shaped her identity. Has she ever felt oppressed by Christianity, marginalized? Juggling teaching students about Canada’s electoral system and the difference between gerunds and present participles, I just don’t have the time to find out. Judging from this Buddhist Jesus-believer’s manner, my guess is that narratives of oppression and marginalization do not guide her.

I can say and write these things confidently because I met Love in a similar way. I wasn’t struck by lightning, doves didn’t descend from heaven. I met Love on the way of all my comings and goings, in and out of countries and schools and language classes. And when I look back, I see my migratory journey marked by Love. When Love meets people, their course changes. They cannot go back. Meeting Love incarnate-- Jesus-- involves participating in the great migration toward the Kingdom of God, the ultimate place of love, forgiveness, reconciliation, and justice.

I see in my students from all over the planet-- immigrants and refugees, every single one of them-- an identity that I wish Canadians embraced. Exiles, resident aliens, sojourners. None of us have this planet to call as our home. Ask any person who has experienced displacement: home simply doesn’t exist anymore. We have this planet as an interim place of exile while we wait for that country that is truly home, the Kingdom of God. And somehow in the chaos of displacement, Jesus sees people, points at them, and says: Follow me.

When I meet people who are not from my culture but who share this same fascination with Christ and are trying to figure out how to follow Jesus, there is an instant bond, an instant feeling of being at home. Home isn’t where the heart is. Home is the place where communion brings in people from every race, ethnicity, and language. For myself and for other exiles I meet along the way of this short breath called life, Jesus is the one inviting us to make a home with him. As it turns out, Christ is the God of the people he said he was: the poor in spirit, the stranger and the sojourner.