There’s a story that is told often in my family, of me being out for lunch with my aunt and uncle and asking if we ought to pray grace. We did, and later a woman who had overheard stopped by our table and said, “I hope she’s still praying when she’s 20.” 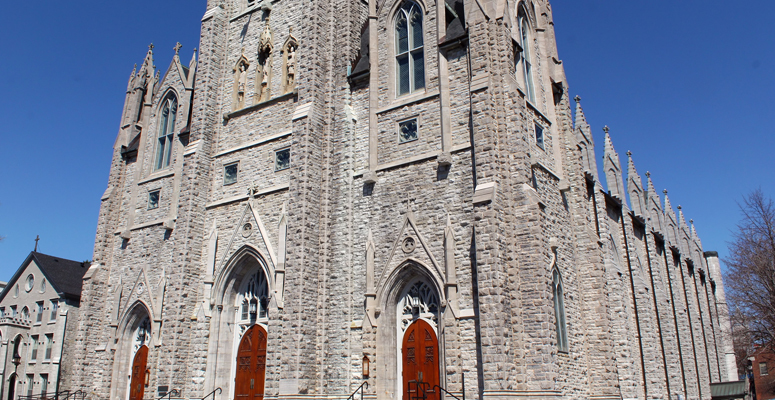 I would laugh when I heard the story, and as a child didn’t understand the gravity of what the lady had said. I was still practicing my faith when I was 20, but many of my friends who grew up in the Church were not. Some of that was because of decisions I made, but much I think was because of the prayers of others, of the faith of my parents and grandparents.

Even before I formally made a commitment to live with Jesus as the center of my life, the Catholic Church was home to me. When I walk into a Catholic Church, I feel at home, and though I have more affection to some physical churches than others, anytime I see the red sanctuary light that announces “Jesus is here,” I feel safe and at home.

There’s a chapel close to my home that I’ve made a habit of visiting often in the last year. Sometimes it’s where I start my day, I go to Mass and pray, making resolutions for an industrious day that I’ll be proud of. Other times, it’s how I end my day, with sometimes dragging feet, on the way home from a long day at the hospital. I kneel for a while and sit and pray. I like the quiet and beauty, the pretty stained glass, the busts of the archbishops of Kingston that mark the columns of the chapel and remind us of our legacy of faith.

I have a kind of exasperated affection for the graffiti in one of the back pews, where someone has carved into the wood what looks like the Sacred Heart. My favourite art in the chapel is above the altar; on the left, Mary at the Annunciation, and on the right, Joseph being visited by the angel Gabriel. I often look at that image in awe: how scared they must have been, and still with such courage and faith they responded.

But, the real reason I come to the chapel lies between these two images, if my eyes drift a little further down; there sits the monstrance, with Jesus present in the Blessed Sacrament. There waits my King, day in, day out, for visitors, for the faithful, for the lonely and burdened, for me.

I have special affection for St. Mary’s Cathedral in Kingston, Ontario, and even more so for St. James Chapel that is attached. I think it’s the hidden powerhouse of the Archdiocese. I occasionally prayed at and attended daily Mass there throughout my undergraduate degree, and I liked it then. It was when I moved back to Kingston a year ago however, that St. James became my favourite place in the city.

Every morning at 7:45 a.m., 30 or so faithful come to start their day in the most perfect way Catholics can, with the Holy Mass. At that Mass, in that chapel, I think the reality of the universal church is played out: there are a handful of young, bleary-eyed students who fill a couple pews during the school year, a few professionals who hurry off to work after the final blessing, occasionally a mother or two with toddlers, and many seniors whose prayers are the lifeblood of the Church.

Young and old, rich and poor, sick and well, all left at the door to worship together, and kneel before the King. You might assume, as I did before I began to frequent Morning mass, that it would be the ‘quick’ mass, that because of the early hour, the priest would give a speedy homily. Though daily mass is always just 30 minutes long, the homily is always thoughtful, delivering strong, encouragement about the readings or the Saint of the day. After Mass, the priest exposes the Blessed Sacrament and there the Lord remains visible until 8 p.m. for the faithful to rest awhile with Him.

As some stay after Mass to pray, hushed conversations often take place, whispered prayer intentions and encouragement for the day. Unlikely friendships have been forged through these quiet exchanges and perhaps it’s a taste of eternity, where St. Therese of Lisieux says “delightful and surprising will be the friendships found there…the favoured companion of an apostle or a great Doctor of the Church will perhaps be a young shepherd lad.”

This chapel where people of all backgrounds, of all stations of life, come and pray, sustains the Archdiocese. A lot of good happens in Kingston, and I think it’s due to the faithful who pray daily in St. James Chapel. Perhaps I was still praying at 20, and am still praying now at 27, because of the prayers of the faithful there.