From Tolerance to Respect

This story is not my own— it’s the story of a friend, a Muslim, who to me represents all the astonishing beauty, all the unstinted warmth and diversity, all the generous understanding, of this country we live in. 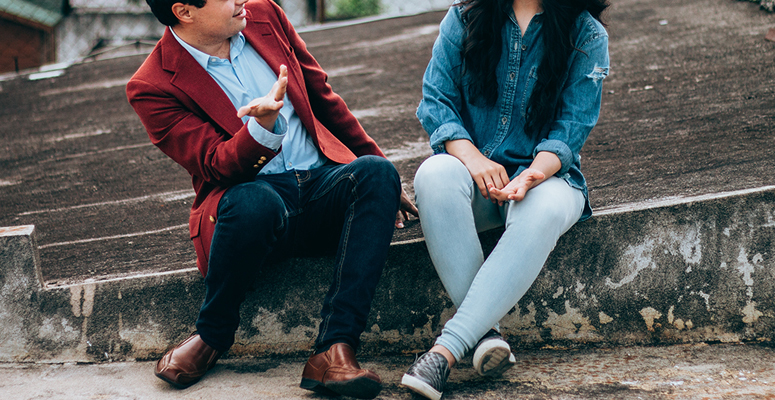 I am a Christian. He is a Muslim. We worked together last summer as day camp leaders at one of Vancouver’s neighbourhood houses, which meant spending 40 hours per week together, ferrying children across the city on public transit, doing headcount after headcount, playing cards and Monopoly and chess and, of course, talking.

We talked about everything: my parents’ cross-cultural marriage, his childhood in Bangladesh, the immigrant experience, relationships. But the most memorable topic that we discussed during those exhausting summer days was religion.

It was Ramadan, and the middle of a blazing hot B.C. summer. We spent our days sweating and out-of-breath, chasing 8-year-olds across soccer fields. And my friend ate nothing and drank nothing. I asked him— aren’t you tired? Aren’t you thirsty? And he would shrug and laugh, and say, “It’s okay! I used to be, when I was young, but not anymore.”

We began to talk about Islam. I learned how prayer is done (he prayed every day after the children went home). I learned about the various schools of law, how they differ and how they are the same. I learned that God’s loving and just nature carries across continents, across cultures, between his faith and mine. And I learned that the religious tolerance I’d harboured is completely different from religious respect— for it was by watching him play endless rounds of Capture the Flag, tireless and still smiling, without having eaten or drunk anything in 12 hours, that I learned to truly respect the faith of others.

We met again this summer, to catch up on old times and enjoy the lovely sunshine on Vancouver’s beaches. We sat in the sand and talked for a long time. He’s joining the military, and I have never seen anyone so excited to be doing so.

“Why did you enlist?” I asked. And my friend gave me one of the most profound and beautiful statements I’d ever heard.

He said that he loves this country. He said that it is Canada, Canada alone, where he can sit on a beach with a Christian and talk about God so freely. It is this place where he can have friends from all different walks of faith, ethnic backgrounds, political ideologies, and it’s more than okay— it’s normal. Canada welcomed him, as a Muslim immigrant, with open arms. And he wants to spend his life defending such a haven.

But it’s not just me who sees Canada like this. I was recently travelling abroad, and upon finding out my nationality, people reacted with either: a) I love Justin Trudeau’s hair! Or b) your country is so diverse and open!

Canada is a beacon in the present world. In a time of chaos, and resentment, and lies about our brothers and sisters across the oceans and in our cities, I am more than proud to say I'm Canadian. I'm overjoyed to say it, absolutely delighted to align myself with a nation of many religions, where something like Faith in Canada 150 actually happens.

We, right now, are building a legacy. We will hand it down to our children, and they to theirs, and so on and so on. Some of our past is dark, marked by the prejudice and religious intolerance that scars much of the world. But a lot of it, as highlighted in these Golden Thread stories, is beautiful. We, as a nation, have had the good fortune of having incredible people throughout our history who shaped this country toward the direction it now leans: one of openness and respect, of diversity and understanding, of interfaith conversations such as this one. It is my hope that as we enter our next 150 years of nationhood, more of these heroes and heroines will rise up and lead us onward, into a future of respect, diversity, and brotherhood across faiths.

I am grateful to know that I’ve already met one.