In The Palm of God's Hand

There are three things about me that might surprise someone outside the family. First, we homeschool; second, I have five siblings (Ana, Juliana, Teresa, Adrian, and Timothy), who are all younger than I am; and third, my dad (Tato) is a priest. 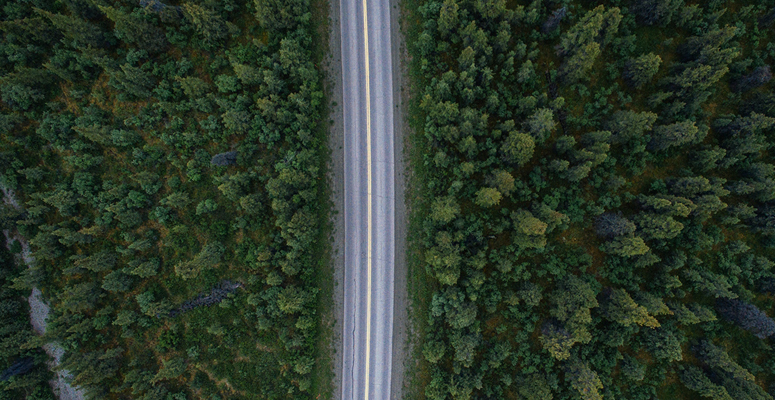 Tato is a Ukrainian Catholic priest originally from Poland. Mama is a teacher from England. And they both are of Ukrainian descent.

I can’t think of myself as anything other than a priest’s daughter. I love our Rite: the icons, the church singing, the feast days. The Ukrainian culture also adds flavour to our lives with its language, music, and food.

There is one challenge we face with this life, however: wherever Tato is transferred by the bishop, we go. Since his ordination, we have lived in four different places: Wadena and Kamsack, Saskatchewan; and Vernon, Kelowna, and Kamloops in British Columbia. Ana and I have few memories of our early years in Saskatchewan, while Julian and Teresa remember nothing at all.

We did most of our growing up in Vernon. Ana, Juliana, and I celebrated our First Solemn Communion in Vernon, and the boys were both born there. We made friends with the children at the church in Grindrod (near Vernon), which Tato also served, and participated as much as we could in the daily services, Bible studies, and pierogi bees.

Ah, those were the innocent days. We were blissfully unaware of what was going on around us.

Anyway, it was May 2014, a week after Timothy’s baptism, when Mama and Tato called us into the living room. We went in and sat down. The bombshell fell with Mama’s announcement: “We’re moving to Kelowna.”

She tried to lessen the blow by adding, “We must pray that God will give us the strength to help us with the move.”

My siblings and I were aghast. We hadn’t moved in ever so long, and we didn’t know anyone there (besides Ana’s godfather - who was currently the pastor in Kelowna - and a few parishioners). However, God, Mama and Tato, and the bishop knew what was best. We packed our belongings and moved to Kelowna that August.

Again, Tato served two parishes: Kelowna and Penticton. We joined the Kelowna choir, participated in the pierogi bees, and helped with Catechism lessons.

We were still adjusting to our new life when, in the following March, we were called to the dining room-living room area.

We were at first surprised, since we’d only been in Kelowna for 7 months. As the news sunk in, we became excited. It had been ages since our last visit to Vancouver Island. We’d get to visit the Butchart Gardens, the Butterfly Gardens, and countless other sites on the Island. We couldn’t wait!

During the next week, the bishop and the priests talked it over and decided that it would be best if we stayed put in Kelowna, while another priest was transferred with his family to Victoria. We (myself and my siblings) were all surprised at this piece of news, but we soon got over the shock.

Our daily schedule didn’t change much. Teresa had her First Communion, and Ana and I became more acquainted with the Roman Catholic churches. We even went to a Roman Catholic camp outside William’s Lake.

In 2016, we visited Saskatchewan for the first time since our move eight years prior. We stayed with my best friend’s (Juliana’s godmother’s) family in Wynyard and visited our friends in Wadena, Yorkton, and Regina. Ana and Juliana also participated in our Eparchial Camp (Camp St. Volodymyr) across Okanagan Lake, while I volunteered at two separate camps at the Art Gallery.

Things returned to normal until the New Year. In March, we were again called to the dining room-living room area. On the table, Mama had spread some meringues of various colours.

“We’re going to play a game,” she said. “Everyone pick one meringue but don’t eat it”. (Pause as everyone takes one.) “We’re going to choose a new spot to plant our garden. Purple is Kamloops, brown is Vernon, green is Prince George, orange is Kelowna, pink is Victoria, and vanilla is Vancouver. Everyone make a wild guess.” We were probably too stunned to guess.

Mama looked at us and then pronounced the verdict: “Kamloops.”

I had just popped the purple meringue into my mouth.

As Mama went through the prep talk that we’d gotten in Vernon before moving to Kelowna, I looked around. There were almost no tears. We were actually looking forward to the move. The only truly sad thing about it was that we had to give away two of our cats, although we could take our kitten with us.

The next few months were spent packing, watching the Okanagan Lake rise, and staying inside as smoke from the forest fires permeated the air. We moved to Kamloops after my birthday and are still there as of this writing.

It’s taking a bit of getting used to, although this time I only have to share a room with Ana. My last year of school will begin this fall, and then who knows? I’m not going to worry (too much) about post-secondary education or a career. I don’t know what is in my future, but God does.

My life so far has been spent trusting that the next place we move will be filled with blessings, both for my family and myself. And as I get older, move from home, and start thinking about what to do with my life, I have faith that God will always keep me in the palm of His hand.