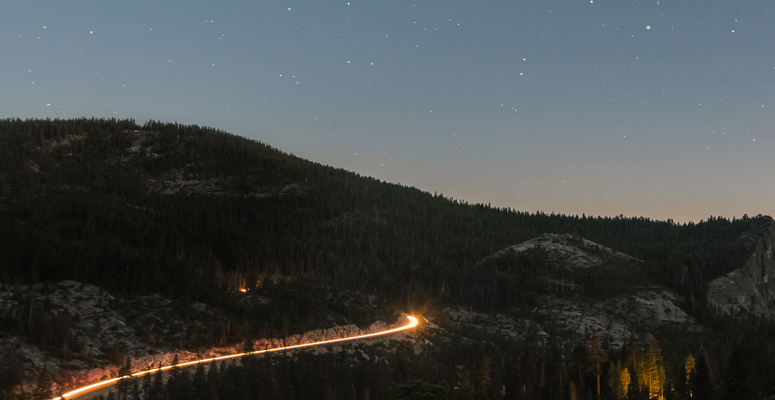 The last light of dusk could be seen in an opening in the trees ahead. Two lines of evergreens, whose branches met above our heads, framed the narrow path so that we walked in a tunnel of trees. Rain had made the woods dark, though not menacing, and puddles interrupted the path. I was accompanied by my brother on this evening amble in the woods, and feeling no need to speak, we trod on in silence. Having let the spell of the forest sink in, my brother, Ben, said, “This is what Mirkwood must look like.” It was a just comparison. Although the atmosphere of the path through the Morgan Arboretum was not as dense or oppressive as Tolkien’s fictional forest, it was hard not to sense that we had stepped into a mystical world, one not governed by the same laws as our own.

Our talk soon turned to the subject of elves and fairies, dwarves and goblins, and others of their ilk. Indeed, the imagination needed no prompt in picturing the shadow of a fawn disappearing behind an oak or in hearing the faint rumble of centaurs’ hooves upon the forest floor. And as the darkness of night finally took hold, Ben and I had the sense of being but blind observers in a world swelling with fantastic activity.

I was reminded that night of two simple truths. The first is that man exists in a world at the center of which he is not. The second, which naturally follows from the first, is that man exists to “hold communion with other living things” and ultimately, to hold communion with the living God. These of course are not hidden wisdoms, and yet I felt a fresh imposition of their significance as I walked alongside the fantastical and imagined that night. Surely, the wonder and mystery of the natural world and the flourishing of the human imagination it allows offer a deeper understanding of these realities.

The expanse of the woods, the silence brimming with life, the stretching of the sky to lands I could not see each in turn forced me to admit my smallness. So obviously displayed in everything I saw was the inescapable fact that none of it came into being or continued to exist because of me. Undeniably, I was not the creator of these woods. A testament to my lack of humility, I confess that this realization discomposed me. Having spent the entirety of my year in the downtown core of Montreal, surrounded by the works of man, I had quite easily forgotten what it is to be surrounded by the works of God in nature.

Does absorption in city life then somehow entail a loss of perspective such as I had experienced it? Can man, who shapes the landscape according to his needs and fancies, who builds canals and railways, skyscrapers and bridges, creates a space that renders an encounter with the ‘Other’ less obvious? To walk the sidewalks of a city like Montreal is to be surrounded by examples of man’s ingenuity and creativity. He constructs his own world and even the trees, where they are to be found, are carefully curated by human hands to fulfill a specific purpose. Far from being an inherent barrier between human and divine, cities are an example of man putting his gifts to use for the (hopefully) sound organization of society. The benefits of this can be manifold.

Yet, the danger of the city is the ease with which we forget that for all our talent and abilities, we are not the authors of this world. We are lulled into a specious conception of reality that tells us that we hold all purpose, all meaning in our hands. This can result in man existing for nothing other than himself, the effects of which are pernicious and isolating. In standing atop a mountain or in the middle of a desolate moor, it becomes much harder to shake the sense that we are not the center of our world, nor are we its masters. Man cannot exist for man alone.

This leads us into the second observation. Happily, we are not alone. By putting aside our vanity, we can admit that “without [our] twirling it, the Earth can spin,” nor are we the beginning and end of life. Having conceded as much, we are faced with two possible conclusions. Option A: man is a speck, a blip on the charts, an accident, and needs to get over it. The champions of this interpretation rally their troops by hoisting high a banner that must read: humanity holds no purpose and should not pretend to. Their battle plan consists therefore in each finding his own meaning, doing a good job at it (‘good’ not being defined), and returning to dust. I hope you will forgive my considering desertion. Leaving me with option B: man is not inconsequential, but has his ordained place in some larger scheme. I could not escape the sense of this truth as I walked in the woods with my brother that night.

When we adhere to this second belief, man is small, but not insignificant. He is not diminutive or ‘less than’. Rather, he is important because he was created with a purpose. I did not create the trees that I saw, but far from this reducing me to meaningless dust, I should rejoice that the one who did had me in mind as He acted. We exist to be in communion with God and this elevates us and lends meaning to our own actions.

But why was this made evident to me in the creatures that my mind imagined moving through the shadows? Tolkien, in writing on “the Perilous Realm”, offers this insight: “Fantasy remains a human right: we make in our measure and in our derivative mode, because we are made: and not only made, but made in the image and likeness of a Maker.” This seemed a good answer to my question; we create because we were first created. And the best fantasy writers, of which Tolkien was one, do not think up worlds in which there exist characters or details that are superfluous or lack purpose. The reader is most satisfied when he gets the sense that he has entered a believable world in which each piece fills its designated role in the puzzle. This desire for purpose and meaning reflects how we should feel about our own place in the world.

But what happens when we deny our relationship with God? When we deny God himself? Does our desire to create disappear? No, for it is in our nature. Yet, the ‘mature’ man may refrain from jumping into tales of fairies and goblins to explain all that is mysterious about our world, for it is precisely God’s mystery and grandeur that we attempt to capture in these stories. For to be educated and above the influence of superstitious beliefs is to immure whatever one sees, to deny the mysterious, to scoff at the existence of the fay.

The man who gazes flatly at reality no longer hears the song of elves, or the clang of the dwarves’ hammers. Today, in the spirit of our newfound ‘humility’, we have rewritten the traditional adventure story. We are no longer invited to join the quest to defeat an evil outside ourselves. Instead, we ourselves are the evil that must be vanquished. To emerge triumphant, we must have succeeded in killing ourselves, shameful beasts that we are. This mentality explains that unhappy merging of two seemingly contrary views: the first that man is the master of his own destiny, and the second that he is nothing but a meaningless gathering of stardust. We control our own destiny in that to improve ourselves becomes our purpose. We are no longer simply active subjects, but the object of our own efforts. Yet, our quarrel is not with sin, which we deny, but with our own nature. Change has become the order of the day and the further one changes himself and the louder he proclaims from the rooftops what a shame it was to be born in the form he was, the more progress he makes.

This dangerous trend that finds an evil in our existence as such is what drives the wedge between man and God, created and creator. This mentality urges us to deny the mystery that surrounds us and to dismiss what was read to us as children as stories for immature, unformed minds. I refuse to do so. As I return to university in the fall, where I will doubtless be faced with many manifestations of this twisted philosophy, I will make an effort to see the beauty and mystery in my surroundings. Because I would rather be a soldier fighting alongside centaurs and dwarves for Love’s cause than an aimless wanderer who wakes every day only to devour himself.