The Active Heart of Faith

My parents’ church is not a building. It is people. 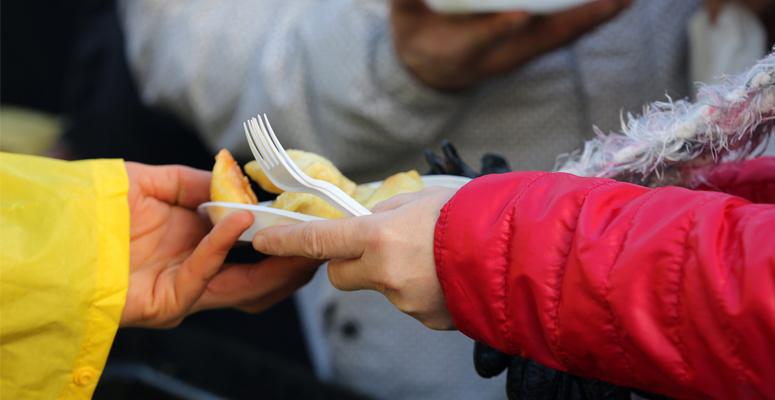 They went to seminary to learn more about God, but not to stand behind a pulpit. Their grand cathedrals have been homeless shelters, detox clinics, group homes for teenage mothers and programs for adults who are developmentally delayed. Their communion has been sharing meals with the most marginalized and poor, those shunned by society but loved most by God. Their baptism has been in the tears shed over futures transformed; the happy stream with people as their lives got on track, and the steady downpour of heartbreak when misfortune struck. This has been their life and mission since before I was born: to love God and to serve humanity to the best of their ability regardless of how grateful people are or how much worth society has placed on them.

Love is at the heart of everything they do, and the very fibre of their being. A love for God, who sacrificed Himself for them. A love for others, who can be cruel and frustrating, but are no less worthy of their time and effort. A love for each other, to support themselves when the work seems overwhelming and the need too great. And a love for me, their son, who they raised to see the humanity in everyone. We may all have different faiths, skin tones, sexual orientations, gender identities, lifestyles, incomes and abilities. The faith of my parents compels me to love everyone. A life without service to others, either directly with them or for them, is not what God would want for me.

I have taken my parents’ faith and made it my own. I read Scripture, meditate and pray. I go to church every Sunday and sit in the congregation. I love God and everything He has done for me. Despite this, I feel closest to Him when I am helping other people. I have been corrupted this way by my parents; a good form of corruption, that reminds me daily that faith without loving action to humanity is dead.

It flew me to South Korea where I volunteered with foster children in the mountains, teaching English and playing soccer, poorly in my case, to have fun and set them on the right path. It followed me to Kenya where I wrote report after report, sharing porridge with people in their homes while hearing and amplifying their voices. And it has been with me in Canada where, for as long as I remember, we spent our Christmas mornings in homeless shelters serving meals, realizing that my life is not about me, but how I can make another’s path easier.

Realizing I was gay drew me closer to my faith, not further away. My God was never the vengeful and spiteful creature yelled down from the pulpit by a scared and scary man. He was a loving Father, who cared for humanity even more than I did.

Coming out to my parents was hard for me, but one of the easiest things in the world for them. They loved me, unconditionally, and journeyed with me as I discovered who I really was and what I believed. We wrestled with what the Bible said about homosexuality, what culture had warped it to mean, and how best to live our faith. In many respects, coming out to myself, and the effects it had on my faith, were like building blocks that had toppled over from what was once a grand and glorious tower. Beautiful, for sure, but unsteady and built upon what others had told me to believe and not careful self-reflection and study. And so, I began to rebuild.

I made my faith new by examining what was truth and what I had fooled myself into believing. It was messy but solid, and at its heart was a love for God and a love for humanity.

In my time of uncertainty, I reached out to other people who had faced similar struggles in rebuilding their faith after coming out. Together we prayed, studied Scripture, and built each other up. I do not claim to have all the answers, but what I do believe I believe completely. My tower of faith is still unfinished, and I continue to build upon it, but something miraculous has happened in the process. In my family we have a motto: “Out of something you wish never had happened, some good will come.”

As my faith became firm, I found I could support others in their journey. God used me to show His love to people who had been hurt in his name. I broke bread with people who would otherwise feel uncomfortable around me if we did not have this one thing in common. I raised my hands in worship with thousands of other LGBT believers, feeling the Holy Spirit move in me and through me and all around me. I spent entire nights crying with people, hearing their stories and praying with them. What started off as a personal journey has expanded and created a family and ministry to hundreds of people all around the world.

Friends are often surprised when they find out I am a Christian. They see how disinterested I am in hitting them over the head with the Bible or trying to save them. They do not sense judgement from me because they profess a different faith, or no faith at all. My faith in God tells me that people will come to me for spiritual guidance if and when they are ready, and my job is to love everyone until, during and after that happens. It has lead me to be of service to everyone around me to overcome whatever it is they are struggling with. I try my best to have compassion for everyone I meet.

My faith is the most important thing in my life, and can be credited largely to my parents. Two people who have directly touched thousands of lives in Canada and made them better, but who do not have and do not want the spotlight. Whatever my future holds, I know faith will play a large part and love will be the basis of it.

My church is not a building. It is people.