Hidden away in the deepest recesses of our memories, each of us can identify at least one moment in time when we felt like someone must be watching over us. 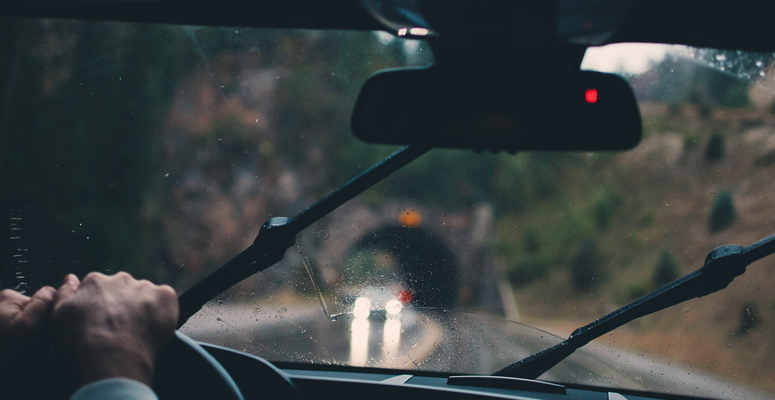 That moment for me started out the same as most mornings. I came downstairs from our apartment and hurried towards my Ford Bronco parked in front of the building. I knew I was running late again, and if I didn’t get a move on, I wasn’t going to make the conference on time. If that happened, I would have to walk in with everyone staring at me—a fate worse than death. To add to my dismay, I had questionable navigational skills and always had trouble locating the places the company chose for their off-site meetings.

As I entered the vehicle, a distinct odor of gasoline filled my nostrils. Though a little alarmed at first, I quickly dismissed it as probable left over fumes from the gas line service the day before. Besides, I was late, and I immediately directed all my attention back to getting underway. I had decided to take the main road instead of the country back roads, just in case I got lost. I backed out of the parking spot, turned right and drove the half block to the main road. As I neared the corner, I heard a distinct voice in my head say, “Go straight through.” I immediately responded with the thought, “I’m turning right” and proceeded to do so.

I drove another block on the main road and again heard the voice say, “Turn left.” Again, in my head I thought, “I’m not going that way.” A few hundred more feet and the voice, this time louder and more forcibly said, “Turn left, now.”  I was so annoyed I sharply replied out loud, “Fine, I’ll turn,” and promptly did so.

I followed the side streets until I reached the back road that would lead me through the country to my destination. I fell in behind another car and started the drive up through the steep, winding hills, leading me to the sparsely populated countryside. There was no one on the road but me and the vehicle that I was now following.

Suddenly, in what seemed like the middle of nowhere, the vehicle in front started slowing down, flashing the lights and sounding the horn. The driver began blocking my path in an effort to get me to stop. Panic immediately seized me. My heart started to race, my breathing quickened, and I desperately started searching for an escape route.  Could I get around him? Could I make it to that farmhouse? Why wasn’t there anyone else on this road?

Any hope of escape began to evaporate as my vehicle lost power and slowed. I frantically pushed the gas pedal to the floor, but it was no use. Consumed with fear, I pulled over to the side of the road and stopped. The vehicle in front of me did the same.

I saw the man jump out of his vehicle and rush back towards me just as I saw the flames begin to swirl around my feet, racing over the dashboard in front of me. By this time, the man had reached me and was trying to get my locked door open. I grabbed my purse from the seat beside me and opened the door. Within seconds of leaving it, the entire vehicle was in flames.  When the fire department arrived, there was nothing left but a burned out chunk of blackened steel. Even the tires were gone; melted in the intense heat.

It wasn’t a cold day, but I remember shivering as I watched the flames devour my little Bronco and all the personal items inside it. A police officer noticed my shivering and let me sit in the squad car. I soon realized that without door handles, you can’t get out of the back of a squad car, so I was left to quietly reflect on the events of that morning.

The odor of gasoline, that quiet voice directing me to the country road, my stubborn refusals to listen and give heed, my annoyance at changing direction, the silence and loneliness of the countryside, the terror of flashing lights and blasting horn, the overwhelming fear of being forced to stop, and the irony that the man I was so sure was there to harm me had actually helped save my life.

I learned something that day, something I think I had always known, but had never given any real thought to. My Father in Heaven knows who I am, and I matter to Him. Of all the things going on in this universe, I was important enough to deserve His attention on that quiet autumn morning in a small town in rural southern Ontario. He cared enough for me to ensure I was behind the person that He knew would help save my life.

Thomas S. Monson, President of the Church of Jesus Christ of Latter-day Saints, is right when he says, “God is in the details of our lives.”

I am so grateful that He is. I wish I could say that since that day, whenever I hear that still, small voice, I immediately listen and obey, but that’s not always the case. I’m still stubborn, and occasionally slow to hear, but I’ve come a long way and I like to think the Heavenly Father is just a little pleased with my progress. One thing I do know—because of this incident and a lifetime of others that have followed, God does live and knows me. And no matter what my faults and shortcomings, He continues to prepare the way before me, because I matter.

Janie Akamoto is a member of the Church of Jesus Christ of Latter-day Saints who lives in the B.C. Lower Mainland.