When Jesus was asked which of the commandments are the most important, he replied the first is to love the Lord your God, and the second is to “love thy neighbour as yourself.” Within Christendom this is primarily understood as charity in a global, disembodied way, not necessarily as a call to love local individuals who live next door. 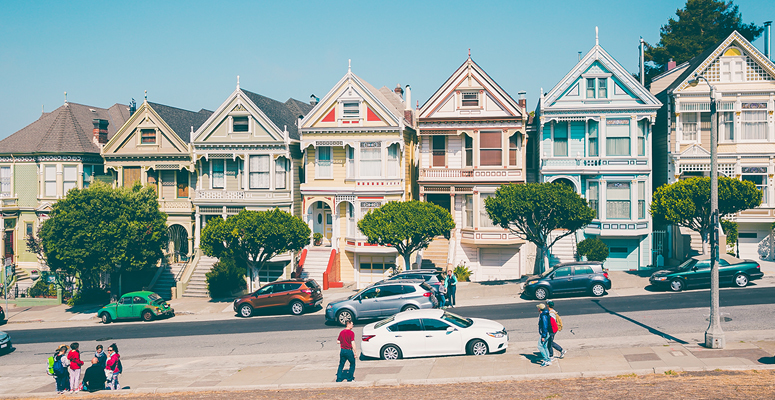 Howard Lawrence is exploring what happens when we activate the invitation to love those within our neighbourhoods. He says the idea has sprung forth that “maybe God is calling us to love our actual neighbours.”

“It’s a powerful notion, it’s a challenging notion for people to say what does it mean to love our actual neighbours?”

“There is a recognition on the part of people that there is a loss of something, relationally (in our culture), and they can’t put their finger on what,” Howard says. This loss manifests in different ways such as loneliness, anxiety, depression and worry for their kids.

“People are recognizing that maybe it was this unusual relationship called the neighboring relationship that was missing,” he says.

A neighbour relationship isn’t necessarily friendship, he notes. Like family, we don’t choose our neighbours.  Children often show leadership in making neighbouring relationships and learning tolerance of difference. This is different than their friends at school, who are often affinity-based relationships.

“Historically, sociologists might tell us that the neighbourhood is a more important social unit than the family – it’s been essential for the raising of children, the safety of its individuals, so it’s a valid social unit,” he says.

Howard is activating Abundant Communities Edmonton (ACE) – a neighbourhood engagement and organization approach. His work expands beyond his city with citizens and representatives from more than 30 municipalities contacting him to learn more. He receives related inquiries from faith communities, municipal leaders and organizations such as the United Way.

An example of a faith community focusing on neighbours is in Colorado, where the mayor and city manager asked a pastor to take on a role initiating neighbourhood engagement. Howard received a call from the pastor who told him, “this is changing my life.”

Another comes from Arvada, a Denver subdivision, where pastors at a conference asked then Mayor Bob Frie how they could serve the community.

“There are a lot of issues that face our community, but the majority of them could be drastically reduced if we would just become a community of good neighbours,” Frie replied.

The Art of Neighboring was born, including a book with the phrase: “Let’s move from stranger to acquaintance to friend.”

Howard is focusing on his work in Edmonton. The most energizing aspect is a “very tangible, practical return of neighbouring. It’s like we have touched the nerve when we speak about neighbouring.”

What does a tangible, practical expression of neighbouring look like? A point person on every block takes on a leadership role in their human-scale neighbourhood – taking responsibility for about 20 surrounding households.

From snow shovelling to calligraphy to babysitting to notarizing documents – a database of gifts for every neighbourhood is developed. The two databases ACE uses called the Block Connector and Common Good are open source for other neighbourhoods to use and can be found at www.abundantcommunityinitiative.org.

Many faith communities do outreach work within their communities. The Abundant Communities model is one of neighbours helping neighbours, engaging in a mutual and reciprocal flow of knowing, enjoying and coming along side each other regardless of religious affiliation or ethnicity. It is not a dependent relationship.

If this model resonates with a faith community such as a church they have a couple of options. If the church has a local presence where its members live in geographic proximity to the church and have homes in the adjacent streets and blocks, the church can encourage its members to join forces with the neighbourhood, getting to know their neighbours, perhaps even becoming Block Connectors.

If, as is the case with most churches, they have a commuter membership, where people drive their cars to attend a church in a different neighbourhood then the best way a church can get behind this model is to encourage its members to become embedded in the neighbourhood where they live.

Either way, this model offers a radical opportunity to bring to life an ancient invitation to sustainable and generative human community.

Jennifer Neutel is a writer with the Calgary-based generative journalism cooperative NewScoop YYC, where this article originated.