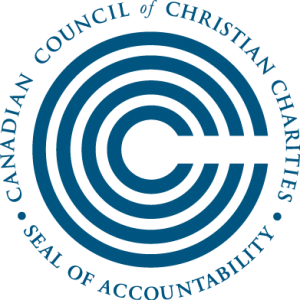 The Canadian Council of Christian Charities (CCCC) is an organization committed to “providing affordable resources” to assist Canadian charities and churches to “operate in an exemplary, healthy, and effective way.” Be they needs pertaining to governance, the need for legal advice, or a human resources structure, CCCC has a team of experts at the ready to assist the over 3,300 charities already in their care. Notes Reverend John Pellowe, Chief Executive Officer of CCCC, “We are not a frontline ministry. We support frontline ministries.” When asked what encourages him about the diverse scope of work that CCCC undertakes he states, “I'm encouraged every time a ministry tells CCCC how we helped them through a difficulty or helped them move forward with their plans. We feel successful when they are successful and we enjoy having at least a small role in their mission success.”

The idea for CCCC was born in Ottawa in 1972 by World Vision’s Ian Stanley who was serving as that organization’s Director of Stewardship at the time. The establishment of CCCC came out of a surprise revelation experienced by Ian when he found his workshop on fundraising filled with people. This demonstration of a clear desire to be equipped with practical resources and tools for organizational success within the Christian charity and church sector spurred Stanley on to gather six close friends around him. They discussed this evident need within the charity sector and resolved to found a ministry oriented to equip and empower Christian ministries and churches with “relevant training resources in administration, fundraising, and management.”

Over 40 years later, CCCC is still determined to equip, empower, and connect those it seeks to serve. As Canadians from across the nation gather from coast to coast to celebrate their country’s 150th anniversary, CCCC will focus on building increasing community within the Christian charity sphere. Pellowe notes, “Canada is celebrating its life as a community at the same time that CCCC is implementing new initiatives to build greater community between Christian ministries. In 2017, along with all Canadians, we in the Evangelical ministry community can reflect on the past and appreciate where we've been, while also reflecting on the future and where we're going.”

Part of CCCC’s efforts to engage in Canada’s sesquicentennial celebrations lie in their partnership with Cardus’ Faith in Canada 150 project. States Pellowe, “There is great synergy between Faith 150 and CCCC because we want to create a sector narrative to tell Canadians the story of the Evangelical ministry community, and much of the work for this initiative will contribute to Faith 150 too.” Indeed, Pellowe sees faith as central to the identity of the Canada that he and CCCC know, love, and serve. He exclaims, “Don't doubt the importance of faith to Canadian society. Faith acts as the conscience of a nation and is the seedbed for social improvement. Take your space in the civic square and help make Canada a great society for everyone.”

Faith in Canada 150 would like to thank CCCC for its generous partnership, without which, this project would not be possible.