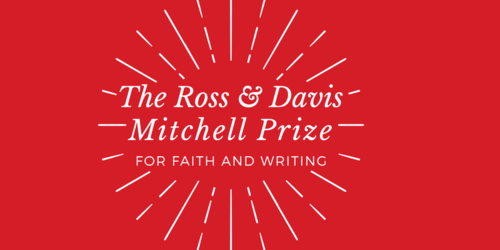 HAMILTON, ON – The brand new Ross and Davis Mitchell Prize for Faith and Writing has unveiled its first shortlist of entrants. A panel of judges, including 7th Parliamentary Poet Laureate George Elliott Clarke and former PEN Canada President Randy Boyagoda, reviewed work from 250 entries. They selected the following group of Canadians as finalists for the prize’s two categories:

Judging the short story category are:

Judging the poetry suite category are:

The winners and runners-up will be announced on October 30th at a reception in Toronto’s Aga Khan Museum with authors, judges, and members of the Mitchell family in attendance. The reception will be open to the public and media. Tickets for the reception are available for purchase.

Members of the media may request a media pass by contacting Daniel Proussalidis, Cardus – Director of Communications at dproussalidis@cardus.ca or 613-241-4500 x508.