“Who are you reading to today?” I asked the young woman who came into the recording room. “My son,” she answered. “I had to give him up for adoption last year. I want the recording sent to the Children’s Aid, so he can hear it when he gets older and know that his birth mother loved him.” 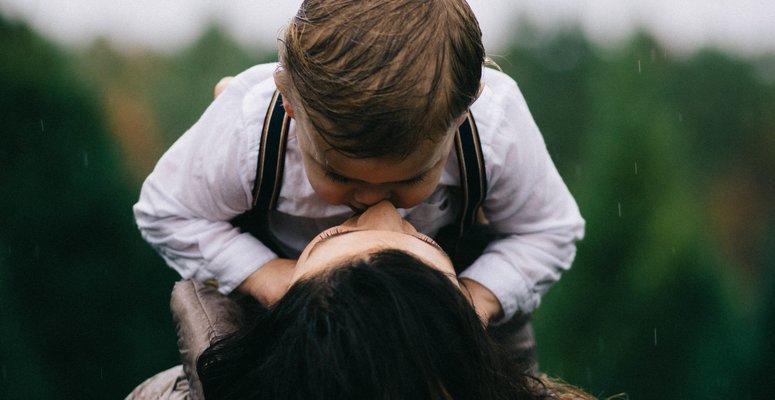 I was volunteering at our local jail. It has been ten years since we began recording women in custody reading to their children. The staff makes a CD of the recording, the women write a message of love on the inside cover of the book, and the child gets the CD and the book in the mail.

I think it all started when I met a woman in a wheelchair who told me that when she couldn’t sleep, she would pray for people who needed help. With her example, when I woke in the night and couldn’t get back to sleep, I would ask Heavenly Father who needed my prayers. And I saw them. Women in jails and prisons also lying in darkness, and I prayed for them.

When our women’s group at the Church asked me to find a service project for our annual conference, our daughter suggested we collect children’s books so that women in custody could read them to their children. I phoned our local jail and asked if they could use a donation of children’s books. The coordinator said, “You won’t believe this, but I was just saying today how I would like to get a program like this started here. Would you be willing to come and record the women reading to their children?"

I thought, Sure, we could do that.

The conference brought in hundreds of books. I contacted three other women in our group, we got police checks, had an orientation and we were ready to go.

We thought we would bring some light into a dark place. We didn’t know we would be the ones who would be enlightened.

One of the first women I recorded started by saying to her son, “Hon, this is mom. I want you to lie down on your bed, close your eyes and pretend that I am lying right beside you singing our song.”

Then she sang, “You are my sunshine, my only sunshine...”

When she finished, she read him the book she had chosen.

We quickly realized how important this program is for the women. They carefully choose the books. I asked one woman to whom she was reading. “My daughter,” she replied. I asked her how old she was and she said, “Seventeen.”  That was a little unusual. The book she had chosen was Pinnochio. After she finished it, she said to her daughter, “And I promise you, I will never, ever lie to you again.”

Once an older woman came in and I could see that she had had a hard life. She told me she was recording for her grandson. When I asked how old he was, she told me that he wasn’t born yet, but was expected in two weeks and she wanted him to know her voice. As she started to read, she started to cry, and said, “Stop! We’re starting over. He’s not going to hear me crying.” So I started again, and again, and again until she could get through the book she had chosen for her grandson without crying.

As she left, she said, “I’ve been stabbed and I’ve been shot, and I didn’t cry. And here I am crying for my grandson.”

That day on the way home, Mary, who was recording with me that morning said, “It shows that love is more powerful than hate. Love penetrated her heart in a way that hatred never could.”

Books can bring a mother and child together in touching and surprising ways. One woman told me that she had received a letter from her son expressing his gratitude for the recording of his favourite book on a CD. He told her that he listened to it every night before he went to bed. He is nine years old and reading chapter books. She had sent him “Where the Wild Things Are,” the book that he wanted read every night when he was three and four years old. Now as an older child with a mother in jail for over a year, he expressed his joy at being able to hear her voice whenever he wanted.

Another mom told us that her daughter walked around dragging her teddy bear in one hand and the CD player in the other.

A few years ago, one of the mothers told us about her young son, just starting kindergarten.  He was living with his grandmother while his mother was incarcerated, and her son was terrified to start school without her. The grandmother phoned the school and explained that the little boy’s mother was away and couldn’t accompany him to school, but that he had CDs with her reading to him. She asked if he could have a place where he could bring his CDs and his CD player to school and listen to her if he got upset. They agreed and provided him with a little area where he could go. She told us that sometimes all he had to hear was her saying, “Hi Bud. This is mom,” and he’d be fine.

The women worry about their children and feel guilty that they can’t be with them. One woman wrote that our program “gives us a way to show our children that we still love them through a recorded story that they can follow along. For the most part, we are forgotten here, but our voices recorded are a reminder to them that we are still present.”

One of the other volunteers wrote that “the first mother who wanted to read said she did not have a book but asked if she could please read a poem she had written for her daughter who is getting married next month, and, of course, mom would not be able to attend the wedding. I told her it was lovely that she had written a poem.  Then she read it.  It was hard to keep back the tears. It was beautiful, and at the end, she asked if it was good enough. I told her that her daughter would feel her love for her, and the poem was like having a two-arm-wrap-around big hug.”

Adaptations to our original program keep popping up. A woman asked if she could make a recording for her father who is in palliative care. That was a switch: a child reading to her parent.

We got a letter from a woman who recorded for her children whenever we were in her unit. She wrote, “When I first heard about this program, I was very happy as I feel how important it is for female inmates to keep a strong connection with their children during their incarceration. Children need their mothers and need to feel their presence regardless of the physical separation. The voices of their mothers are both comforting and nurturing. Regardless of the reason for our incarceration, it does not take away our love for our children. We too need the feeling of being able to reach out to our children and let them know how sorry we are, and that they are not responsible for our choices which have led us here. Being able to read a book to our children will greatly help both mothers and children get through this very difficult time.”

We now have a volunteer corps of twenty women, and we record every week in two units of the jail. Libraries donate discarded books, and families give us soft-covered books their children have outgrown. The women’s favourite book to read to their children is “Love You Forever” by Robert Munsch, and he has sent a case of his books so the children get new copies of his book from their mothers.

You might be interested in knowing what I have learned these last 10 years as I met with the women. I have never, for one second, felt anything but empathy and love for these women. As they read to their children, the room is filled with love. They love their children, just like I love mine. We have much more in common than that which separates us. I don’t want to know why they are there. I cannot judge them. There but for the grace of God, go I.

All of us read with new understanding Christ’s words in Matthew, “I was in prison and ye came unto me.”

We have gone into the dark place and found light.

Helen Warner is director of public affairs for the Brampton Ontario Stake of the Church of Jesus Christ of Latter-day Saints.