This story originally appeared on the Canadian Council of Christian Chairities website.

Dennis Ouellette is in his second season as a pastor pilot for LAMP, the Lutheran Association of Missionaries and Pilots Inc. This cross-cultural ministry serves in remote communities in northern Canada. When asked to share a few highlights from his time sharing Christ with the people of northern Canada, he had this to say:

“The summer VBS (Vacation Bible School) season is winding down for me for the second year. I have been asked to describe one special moment above all the others that impacted me. Considering the number of communities (16), team volunteers (92), and the ministry that took place, that should be a piece of cake, right? One would assume there would be one profound moment on which to focus. However, I can’t come up with just one. A myriad of “one special moments” that occurred over this season of ministry. I could probably relate one special moment for each community and team I visited with. So I’ll try and pick, from the many moments, a few to share with you. 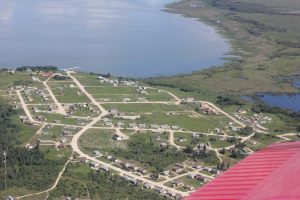 “Sadly, shortly after arriving in Red Lake, Ontario in June, I received word that there had been a death of a 15-year-old girl in Cat Lake, Ontario. I called Edith Cook (who has been a great help in arranging the VBS) to find out more information. The next day I flew to Cat Lake to meet briefly with Edith and her sister Ellen, who is Deputy Chief. This teen’s death was the 4th death in 4 weeks in the community! The community barely had time to recover from one death when another took place – cancer, old age, cirrhosis, and suicide. I was able to spend time with this teen’s family and pray with them. It was profound that, at the moment of prayer, the entire house full of people stopped to pray with me. Sometimes I never know how the Lord will use me until that moment arrives. And that prayer time in that house was one such moment.

“Another special moment is when I flew to Shamattawa, one of two communities I visited last spring. When the children gathered for VBS, a number of them recognized me from that trip (“It’s Mr. Clean!”) followed by so many hugs I lost count. Little Mylee saw me and almost tackled me. This is the little girl who walked me back to our accommodations in the spring. She was so excited to show me the cross she decorated. 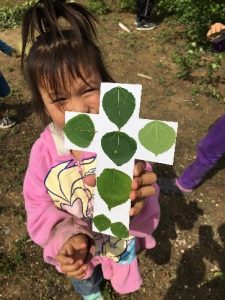 “A further special moment was spending time talking with the pastor of one of the churches in Norway House, Manitoba where LAMP holds a VBS. Rev. Lawrence Moore shared some of the struggles the church and he were facing. To listen and then pray with him was humbling because it’s a reminder that pastors need a pastor too. The Lord put me there for such a moment.

“Then there was the special moment of returning to Cross Lake, Manitoba. This community unfortunately gained notoriety due to the suicide epidemic last winter. On Palm Sunday, nine people from the Billings, Montana VBS team and I traveled to minister to the children and community focusing particularly on the schools.

“I was able to talk with a handful of team members, one-on-one, about challenging issues facing the children they have developed relationships with and recommend ways to address those issues. I was also able to meet and spend time with the elementary school principal, Connie McIvor, who has had multiple challenges and spiritual battles to fight. It is so important to support her, then and now, in the work she does with the children and in her faith in Jesus Christ. 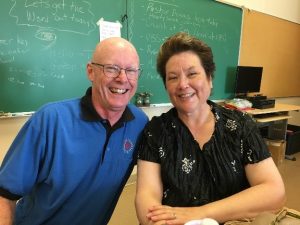 “I could go on and on with one special moment after another. However, the key to all of these “one special moments” is that the Lord is using LAMP volunteers and staff to touch the lives of First Nation communities with the compassionate care and love that only Jesus through the power of the Holy Spirit and Word can provide.

“It is only by your continued financial and prayer support that these special moments continue in communities all over northern Canada, reaching and touching the lives of people with the Good News of Jesus. 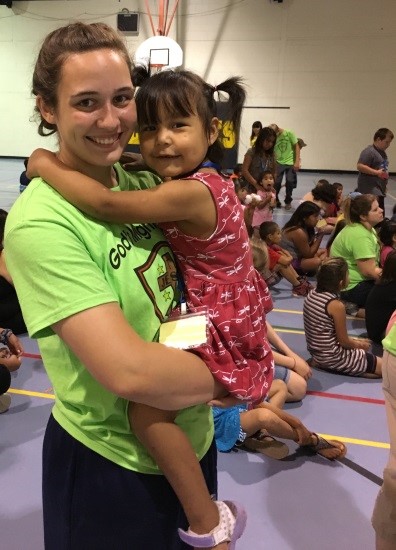 “The passage from 1 Peter 4:10-11 expresses the heart and purpose of these special moments in ministry: ‘Each one should use whatever gift he has received to serve others, faithfully administering God’s grace in its various forms. 11 If anyone speaks, he should do it as one speaking the very words of God. If anyone serves, he should do it with the strength God provides, so that in all things God may be praised through Jesus Christ. To him be the glory and the power for ever and ever. Amen.’”

The LAMP ministry was born as a result of Rev. Les Stahlke recognizing that many Christians in the North were isolated and spiritually unsupported. In addition, others desired to hear of Jesus but had no opportunity to do so. Many of the LAMP-served communities in northern Canada are accessible only by aircraft because there are no roads. Pastor Stahlke began by visiting remote communities in his small, single-engine aircraft, and the ministry grew from there.

Volunteer missionaries recruited from churches in Canada and the United States teach Vacation Bible Schools in the summer and serve alongside locals in meaningful ways to reach children, youth, and adults. Social media and winter visits have helped our volunteers foster year-round relationships with the First Nations people they have come to know as family.”