The announcement that General Georges Vanier had been appointed the governor-general of Canada came at a meeting of the Canadian cabinet in Halifax at which Her Majesty Queen Elizabeth II presided. Nation-wide, cheers erupted as the former soldier and statesman was appointed the personal representative of the sovereign in Canada. As he took the oath of office in 1959, Vanier said to Parliament, “My first words are a prayer. May almighty God in His infinite wisdom and mercy bless the sacred mission which has been entrusted to me by Her Majesty the Queen and help me to fulfill it in all humility. In exchange for His strength, I offer Him my weakness. May He give peace to this beloved land of ours and … the grace of mutual understanding, respect and love.”

“May almighty God in His infinite wisdom and mercy bless the sacred mission which has been entrusted to me … and help me to fulfill it in all humility.”

Georges Phileas Vanier was born in Montreal in 1888, the son of a French Norman father and an Irish mother. He grew up bilingual, earning a degree in church devotional fellowship, and began a lifelong habit of daily communion. He contemplated entering the priesthood, but when the First World War broke out he felt that his immediate duty was to his country. He took a leading role in recruiting and organizing the first battalion to be raised by and of French Canadians: the Royal 22nd Regiment, or Van Doos.

Vanier was twice decorated for bravery. “I sleep as ever on the fresh earth,” he wrote to his parents, “one day we shall all go back to her.” Shortly after, he lost his right leg to a German shell. After convalescing, he refused evacuation. “I simply cannot go back to Canada,” he insisted, “while my comrades are still in the trenches in France.”

At war’s end, Vanier returned to Canada and was made the commanding officer and later the colonel of the Van Doos. He also met and married Pauline Archer (see Pauline Vanier), a vivacious young woman who shared his religious faith. In 1927, Vanier held the rank of lieutenant colonel and was sent to Geneva as a Canadian military advisor to the League of Nations disarmament: “I ask you to open your eyes to human suffering, to direct your hearts to those who have not the strength to ask for help. Let us go to them. They have already been waiting too long.” His appeal fell on deaf, militarist ears, but his diplomatic skills won him a posting in 1931 to the Canadian High Commission in London, where he remained until 1938. In 1939, he was named minister at the Canadian Embassy in Paris. 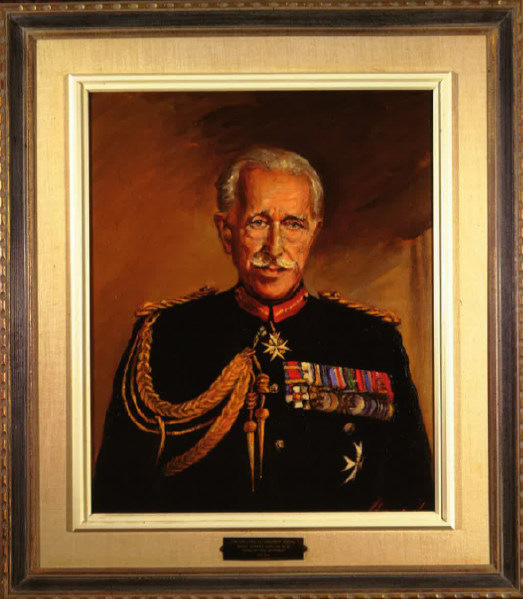 Vanier’s warnings of imminent war soon came true. Only after arranging the evacuation of Canadian nationals, and of many other imperilled refugees, did he leave Paris in a dramatic escape by car. He reached Bordeaux just ahead of the Germans and from there hitched rides on Allied naval vessels to England.

With the fall of France, the Germans set up a puppet regime known was the Vichy government. The Allied governments initially supported this nominally independent regime, rejecting Vanier’s warnings of its inevitable treachery. Vanier called in vain for the recognition of French general Charles de Gaulle, who, from London, proposed to recruit a free French army to continue the war against the Germans.

Vanier’s warnings were resented, and he was banished to Canada to an insignificant job—until his forecasts of Vichy treachery proved accurate. He was then returned to London as the minister to the Allied governments in exile, rallying support for de Gaulle. In 1944, he became Canada’s ambassador to France, the first ambassador to enter the newly liberated country.

The war in Europe dragged on for another six months. The Vaniers were consumed by the many issues resulting from five years of war and dislocation. While Pauline helped settle the thousands of returning deportees, Georges worked with the French government on international agreements aimed at healing the wounds and the bitterness of war. He was particularly moved by the plight of Jewish survivors, orphaned children, and the elderly. 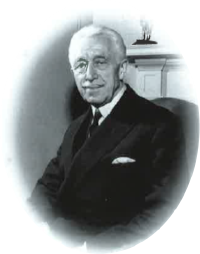 The Vaniers attended mass every morning. In the bitterness of 1940’s and 1950’s Paris, they felt the need to add a daily half hour of prayer and meditation together. Inner prayer, Vanier believed, was a necessary wellspring for sensitivity to the needs of others. Indeed, he rarely made any major decision without first considering its implications in prayer. His biographer, Robert Speaight, noted that “he was a man who walked with God.”

Vanier retired from diplomatic service in 1954, hoping to continue serving Canada in “some modest capacity.” The capacity offered him in 1959—at age seventy-one—was to become Canada’s governor-general, the first Quebec native so honoured. His first initiative was to convert one of the state residence’s small upstairs bedrooms into a simple chapel.

Friends were concerned for Vanier’s health, but he thrived. He set out to rediscover his country and visited every corner of it. Wherever he spoke, he made stirring appeals to people’s hearts and consciences.

In early 1967, Vanier’s heart showed signs of weakening. His last official engagement was to address, from his wheelchair, a delegation of students from the University of Montreal on the favourite theme of his latter years: the importance of Canadian unity. Few figures in Canadian history have better demonstrated, by words and deeds, the urgency and sacredness of this cause. “The measure of Canadian unity has been the measure of our success … If we imagine we can go our separate ways within our country, if we exaggerate our differences or revel in contentions … we will promote our own destruction. Canada owes it to the world to remain united, for no lesson is more badly needed than the one our unity can supply: the lesson that diversity need not be the cause for conflict, but, on the contrary, may lead to richer and nobler living. I pray to God that we may go forward hand in hand.”

George Cowley served for over 30 years as an officer in the former Canadian Department of External Affairs (now Global Affairs). In 1965, he was appointed attache to then governor-general Georges Vanier. He and his wife, Deborah, became close personal friends of the Vanier family. He served as consultant to Robert Speaight’s definitive biography, Vanier: Soldier, Diplomat and Governor General (1970), and co-edited, with Michel Vanier, Only to Serve: Selections from Addresses of Governor General Georges P. Vanier (1970). Cowley passed away in 2006.