Himy Syed is looking to answer the question, ‘Is there one Muslim Canadian Identity? Or many?’ 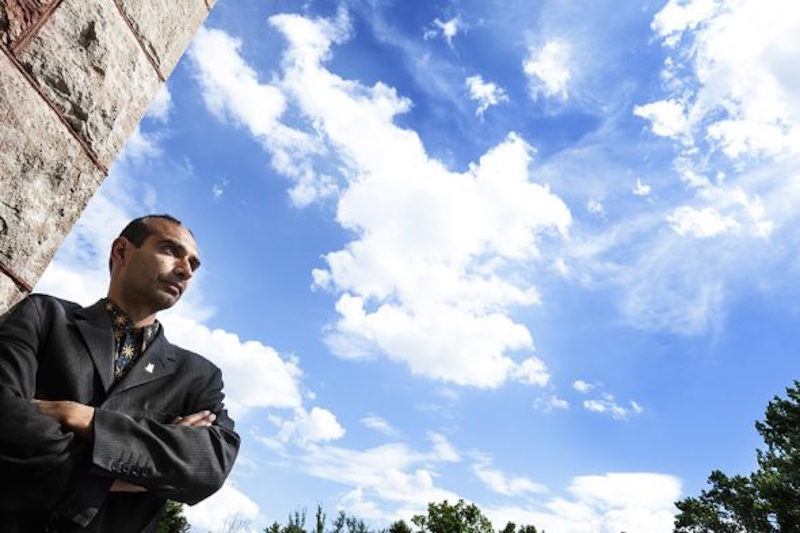 Syed’s quest will take him on a trans-Canada journey visiting Masjids (mosques) in various provinces during the month of Ramadan, beginning on Monday, June 6.

“Environics Institute recent Survey of Muslims in Canada thankfully give us an exceptional bird’s eye view of an evolving Canadian Muslim identity,” Himy Syed told IQRA.ca. “InshaAllah, embarking on this trip can build upon those findings by adding an on-the-ground, point-of-view of the Canadian Muslim identity gleaned from visiting Muslim communities Canada-wide during their most active time of the year, Ramadan.

Himy Syed is the founder of the 30 Masjids project that began with his journey around the Greater Toronto Area during the month of Ramadan in 2011.

“30 Masjids began blogging in Ramadan 2011, initially in Toronto, then the Greater Golden Horseshoe,” said Syed. “During Ramadan 2013, the project expanded and travelled Ontario.”

“Through it all, stories of masjids and their founders’ struggles in becoming established, be they local neighborhood prayer spaces, or larger Masjids of visible or architectural significance, often times these struggles may not be documented at all,” he added. “A community’s memory and knowledge remains in people’s heads and hearts.”

Inspired by the New York City 30Mosques project, for the past five Ramadans Himy Syed has biked, hiked, used buses and trains to reach mosques and Islamic Centres around Toronto and throughout the province of Ontario.

Once again, he will document his experiences with daily Ramadan reports on his 30Masjids.ca website.

“Building upon skills gained in blogging for half a decade, this first trans-Canada version of 30Masjids aspires to gather first-hand stories of Muslim communities in all ten provinces,” Syed told IQRA.ca. “Those stories will be recorded in daily blog posts.”

Syed hopes that his reports will give Canadians a glimpse of the Canadian Muslim community as they engage in the month of fasting.

“Over the past year, numerous non-Muslim Canadians have expressed an appreciation for 30 Masjids,” said Syed. “I’ve been told stories on the website provide non-Muslims a glimpse into daily lives of Muslims during Ramadan, something different than what they find being reported elsewhere.”

“That difference has led to a greater understanding of Muslim Canadians, by fellow Canadians,” he noted. “It may be that more non-Muslims are reading the daily blog reports than Muslims.”

Himy Syed started his journey on Sunday, June 5 in St. John’s, Newfoundland and hopes to trek across the country, celebrating Eid-ul-Fitr in Vancouver, British Columbia.

This article was initially published by IQRA.