Ordinary women and men grow to be leaders. The examples are too many to list. No one is hard-wired to become a leader. The experiences of life are their greatest teacher. 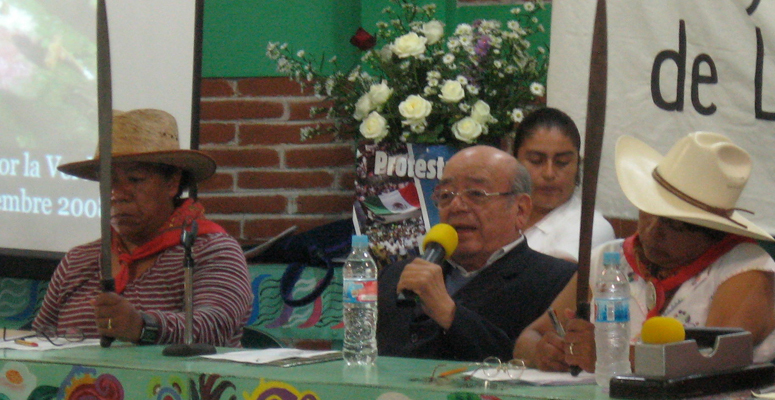 Archbishop Oscar Romero discovered his ministry as a Bishop when he encountered the poor. It cost him his life.

Dom Helder Camera gave people the idea to work in small communities (communidad di base) and change was effected when eventually thousands of communities spoke out together for justice for the poor.

Dorothy Day’s life and legacy is a radical movement, faithful to the Gospel, immersed in the social issues of the day, asking for conversion of the heart to nonviolence, personal responsibility of all people to the poorest ones among us, with fidelity to the Gospel, the community and to God.

Martin Luther King Jr. knew the civil rights movement as none other because he believed in a dream and never presented a plan.

The list of women and men who grew when they became immersed in the lives of the poor is almost interminable.

I was working with Father Ernie Schibli many years ago when he introduced me to the need for the Church to be entrenched in social justice. He preached and witnessed to his conviction of the need for social justice when he was part of an international group of observers at the March of the Mothers in Guatemala to speak out against the oppression that led to the death of their daughters and sons.

Only in 1973 did the Catholic bishops, at a Synod where bishops represented the bishops of the worldwide Church proclaim that social justice was integral to the proclamation of the Gospel.

Ernie also introduced me to Bishop Samuel Ruiz, of Chiapas, Southern Mexico, by offering me a letter written by the Bishop but translated into English. In the letter he described the horrendous lives of suffering of those who were in camps in Guatemala. It was hard to imagine women being raped in front of their husbands, the husbands then shot in front of these same women, and before the women were killed, their children were thrown into the air as target practice.

Samuel Ruiz Garcia was Bishop of San Cristobal de las Casas, which covers Southern Mexico in the southernmost Chiapas State, for forty years. One day in 1994, indigenous Mexicans rose up in arms after centuries of extreme poverty and marginalization. The Zapatistas sought out the Bishop as a mediator in the uprising. The peace process was begun. He built an autochthonous church and encouraged evangelization by the poor. He set about to train catechists and deacons incorporating Indigenous traditions into the church. His life was threatened and he was confronted violently.

The hierarchy was against him, and in 1993 Rome asked him to step down because of what they considered theological irregularities. He had grown up with a father who was considered a fascist. At the Seminary and later he espoused conservative Catholic thought, but was converted to become a social justice activist church reformer.

His social consciousness led him to become a man of the people and he walked with them. He was influenced by Vatican II and the Medellin conference. He learned that the condition of the Indigenous was not the will of God but an effect of injustice. In 1997, after the Acteal massacre, Bishop Ruiz spent Christmas burying the victims. The Bishop’s dismissal from his diocese covered him with a dark cloud of suspicion until his death.

However it could be said that he was a precursor to Pope Francis’s Church of the poor for the poor, a church hurting and dirty and in the streets, a field hospital  to heal the wounded, and a Mother to teach us, but with mud on her shoes in the streets. Finally, redemption came when Francis deliberately visited and prayed at the tomb of Bishop Ruiz on his papal visit to Mexico.

Most fortunately for me, I was able to meet Bishop Ruiz when he came to an evening on the South Shore of Montreal when I was Episcopal Vicar. The tone of his address was one of a man of peace. He never spoke disparagingly of those who were against him. He told stories.

One that I remember to this day was of a grandmother and her two grandsons, 10 and 8, who were seeking to escape from the horrors of Guatemala through the forests in the dead of night. After two nights the boys tried to awaken their grandmother. She was dead. They continued on for the six days until they arrived at the Bishop’s door.  His words still stir me: “The Government expected me to turn them away. I couldn’t.”

Bishop Samuel Ruiz, a man who lived the Gospel as a Gospel of hope, who built a church of welcome to all, and going to the peripheries he brought the indigenous Mexicans to the center of the Church to experience mercy. Bishop Ruiz was a great Bishop and a light to the world.