Joseph Cramer was a immigrant from Russia who made a huge impact on his community. His faith helped him start House of Friendship. He personally affected the lives of many Canadians, and House of Friendship continues to affect Kitchener Waterloo today. Today in Kitchener Waterloo, people are still feeling the positive affects of Joseph Cramer’s faith. 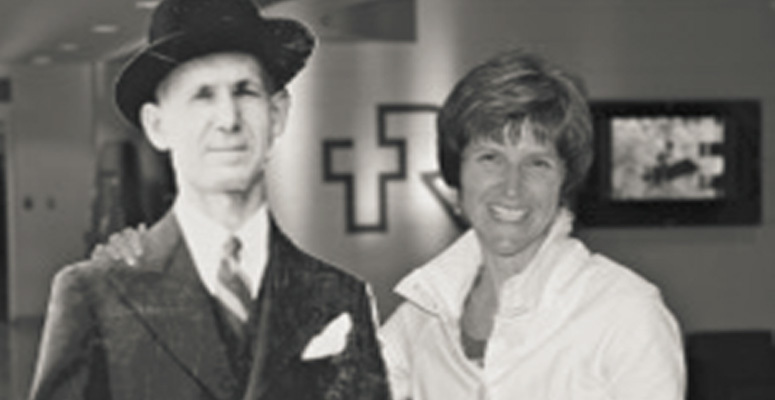 He was born on July 13, 1892, as a Jew in Russia. Cramer almost never spoke about his family, who were killed during the Russian revolution. Cramer saw his father killed before his eyes. After fleeing Russia, Cramer got a philosophy degree, before finally moving to Toronto. It was in Toronto where Cramer became Christian.

After attending a Christian church service, Cramer slowly realized he wanted to be Christian instead of Jewish. When he finally converted, his remaining family members held a ‘funeral’ for him. Shortly after this, Cramer felt God calling him to the KW area. He soon moved, and later started a charity called House of Friendship to help all people, from any background. He dedicated the rest of his life to the charity he started.

When Cramer fell sick, he refused to leave House of Friendship, where he lived in a small room. Joseph Cramer died on July  28, 1989.

Joseph Cramer was a crucial part to starting House of Friendship. After moving to KW, Cramer joined a local church. He was a very active church member and eventually decided to start a ‘House of Friendship for All Nations’ with a women's prayer group.

Joseph Cramer personally impacted the lives of many people in KW. He was able to speak eight languages, which helped him welcome and assist new immigrants to Canada. Cramer held many church services, and always, at the end of the service, he asked if anyone wanted to give their lives to Jesus. Many people came to faith through Joseph Cramer. Cramer also made hundreds of hospital visits and delivered thousands of meals to those in need. One example of his generosity is when he used all his week’s pay – $5.00 – to buy a bicycle back from the police station for a young boy.

After he died, dozens of small receipts for donations that Cramer had written for charities were found. Cramer helped many people throughout his life, and even after his death House of Friendship continues to help hundreds of needy people in KW.

One of the more well known things House of Friendship does is the Potato Blitz, where House of Friendship collects potatoes for those in need. Last year they collected 300,000 pound of potatoes. They also offer places to stay for the homeless who are looking for a permanent home, and help many people find an affordable house to live in. House of Friendship even helps repair appliances! House of Friendship also runs summer camps, and last year sponsored over 100 children to go to camp. They run various community centers to help connect and support families, especially those new to Canada. Joseph Cramer may not personally help thousands of people a year, but through starting House of Friendship, he has made a huge impact.

Joseph Cramer's faith made a huge impact in KW. He started an important charity that personally improved the lives of many Canadians, and through the work of House of Friendship, people are still feeling the affects of his faith today. You may not realize it, but KW has been changed by Joseph Cramer and House of Friendship.