Ray Dedman wasn't just a family member or friend. He was a messenger of God, a supporter of friends, and a worshiper of the Lord. He lived his life for God and loved Jesus. 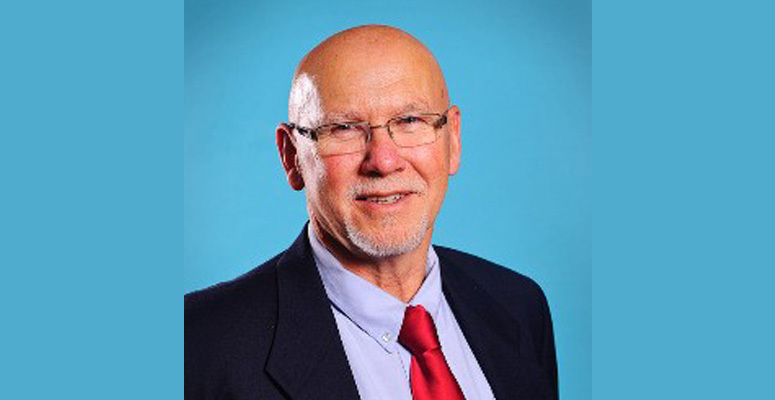 Ray was born on May 4, 1940. He grew up in the Evangelical United Brethren Church, in Roseville Ontario, and was baptized there. Later, he transferred his membership to Community Christian Reformed Church, where he confessed his faith at 23. Ray grew up on a farm in Oxford County. He lived in a reserved Christian home. When he was 16, Ray met a wonderful girl, named Anne Slotegraaf, and fell in love with her. They married in 1964.

The Slotegraafswere opposites of the Dedmans. They always cherished visitors and you were always welcome. You could come over anytime and there would be a snack or meal ready for you. Ray looked up to Catherine Slotegraaf, his mother in law, and wanted his home to be as welcoming as hers. To this day, Ray and Anne’s home is always open to visitors.

Ray’s family and friends were a big part of his life journey. His son, my Uncle Doug says, “As Ray’s son, when I list the people who impacted my faith, Dad is at the top.”

He influenced people around him by being himself. Ray was loving, helpful, kind, outgoing, generous, and an amazing grandpa. He was a mentor to the youth, and people around him respected him. He loved discussions about relationships with Christ Jesus and sharing his faith with others.

Ray’s actions reflected who he was and who he was maturing to becoming. Faith helped him mature and be himself. He brought people together when there were problems, and set an example to his friends and family, and challenged others to grow in faith.

Ray had a significant amount of friends and was always willing to give up time for them, showing compassion. He demonstrated hospitality and what it means to care for people. People listened and appreciated him. Everyone could see his faith through his words and deeds. He told everyone to “always be honest with yourself,” and this created better relationships within the family.

By nature, Ray was friendly, loved meeting new people, and was comfortable going up to a complete stranger and helping. Faith guided Ray’s actions, words, and personality. Some bigger challenges Ray faced a sickness with livestock, cancer, and when Anne had a difficult pregnancy with Uncle Doug. Throughout this time he realized how important faith was to him and his family.

He spent a lot of time in prayer and worship. Ray even influenced the nurses and talked faith with them no matter where they were from. Sadly, Ray passed away on June 8, 2015, when he finally met God face to face. He will always have an impact on me and be remembered and cherished by family and friends. Christ was Ray’s compass and I want Christ to be mine too.

Ray also had an impact on the church.

“Ray was a natural at meeting new people and was the best host our church ever had,” said Keith and Joanne Oosthoek, a member of Community Christian Reformed Church and one of Ray's cherished friends.

Ray impacted the church by being hospitable, having a positive attitude, helping people expand their social boundaries, and teaching people to put their worry, and trust in God. Most of his church has either known Ray or has heard of him. Ray loved meeting newcomers and it didn't take long for him to get to know them.

“Ray tried to look for people who were new to the church and try and make them feel welcome. In the car after church, he would tell us about someone new he met, and he would explain all about them,” said Uncle Doug.

People in the church admired Ray and spoke about how much he contributed to the church.  He loved being with the youth and sharing his knowledge about God. Ray invited others over and made them feel welcome. He hosted Bible studies, helped people get involved in the church, played games with others to help build community, supported others and helped them when needed.  Ray was a joyful person and you could see his love for God shining through him. Whether he was serving as a youth elder, was part of welcoming newcomers, instigating the road clean up for Community Christian Reformed Church, bringing people to his house after church, or as part of the outreach program and Vacation Bible School, you could tell that there was something special about Ray.

He gave up time to be part of the church council, various committees, church clubs, and even built the cross in the sanctuary and the steeple on the roof in front of the church. While he would look at himself as an ordinary man, when I look at my grandpa I see a man with a purpose, serving the Lord with his talents and actions, someone who God was working through. I am challenged to welcome someone new in my church or welcome them to a dinner at my house.

Ray played a big part in our community. Whenever there was an opportunity to share his faith with the community he would take it with open arms. He showed compassion and was always willing to help the neighbourhood. People recognized that he was different because he was a Christian, and you could tell by his actions. Whenever there was volunteering or someone needed help, Ray was ready for the job.

He worked for World Renew and World Missions where he helped to reconstruct houses. He also helped organize and regularly contributed to skid building to support the local Christian schools. Ray thought that no matter what background or religion you were from, you were still a part of God’s family.  He was the president of the International Plowing Match in 2012.

Ray helped the community by donating money and time to schools, hospitals, and local communities. He was an active member of the New Dundee Board of Trade and much more. Whenever you needed support either physically or emotionally he was always ready to lend a hand. Ray influenced many members of the community through his demonstrations and efforts.

Ray Dedman will be missed by many, but especially by his friends, family, and myself. Ray lived a long life in Christ. He impacted the people around him, the church, and the community. I have always looked up to Ray, and how he did so much for the community that I will never forget. I'm inspired to give to someone in my family, church, and community a hand when they need it, just like my Grandpa did.