When A. B. Simpson died, a Christian Herald writer wrote: “His epitaph is written in the hearts of countless multitudes at home and abroad … no one in this age had done more effectual, self-denying service for Christ and His Gospel than [Simpson].” Of the denomination Simpson founded, the Globe observed that “the Christian and Missionary Alliance stands as a monument of his devotion to God’s purpose for him … Eternity alone will show the full results of his earthly ministry.”

Albert Benjamin Simpson was born in Bayview, Prince Edward Island, in 1843 to pious Presbyterian parents who made their living provisioning and building ships. When he was four years of age, an empire wide depression forced Simpson’s family to leave Prince Edward Island for the frontier farming area of Chatham, Ontario.

Simpson was a sensitive, frail, and deeply impressionable youth. He later said that his religious upbringing made him deeply aware of the demands of a stern and distant God. At age fifteen, he underwent a crisis characterized by months of mental and spiritual turmoil. It culminated in his rebirth. He felt the call of God and in 1861 entered Knox College, Toronto, to study for the Presbyterian ministry.

Intellectually and spiritually, Knox College was an exciting place to be, and Simpson drank deeply of the spirit of faith and activism that permeated the institution. He was an exceptional student and a gifted speaker. His rising profile within Canada‘s Presbyterian Church was confirmed when in 1865, at age twenty-two, he was called to the pastorate of one of the denomination’s leading churches in Hamilton.

Simpson ministered successfully for seven years in Hamilton. Yet, for all his success as an urban pastor he was growing increasingly dissatisfied with the traditional ministry. His restlessness was heightened when he came into contact with the innovative urban evangelism of Dwight L. Moody, with the YMCA movement, and with the worldwide evangelical ecumenism of the Evangelical Alliance.

In 1874, sensing God’s call to a broader ministry, Simpson left Hamilton to take up the pastorate of Chestnut St. Presbyterian Church in Louisville, Kentucky. Over the next five years, his conception of ministry changed dramatically in the face of late nineteenth century evangelicalism. Increasingly dissatisfied with his spiritual life, Simpson was drawn to the teachings of the Holiness movement. His reading of William Boardman‘s The Higher Christian Life produced a powerful sanctification experience to which he attributed the tremendous power and success of his subsequent ministry. Soon after, Simpson played a major role in a series of revival meetings that shook Louisville in 1875. Through these meetings, Simpson saw for himself the limitless power of the Holy Spirit to change lives.

Simpson felt drawn to overseas missions. Although he never became a missionary, he did become one of the most successful missions administrators of his time. He credited much of his rising passion for evangelism and missions to his adoption of premillennial and prophetic doctrines that emphasized the imminent return of the Lord and the extreme peril of those not ready to meet him.

In late 1879, Simpson moved to New York, where he spent a short, dissatisfying stint as the minister of New York’s prestigious Thirteenth St. Presbyterian Church. Once in the teeming metropolis, he felt an irresistible call from God to begin a new ministry that would reach out to the unchurched masses in unconventional and innovative ways. He resigned from the Presbyterian ministry and began an independent fellowship. It was during this time of spiritual ferment that Simpson experienced divine healing of his frail constitution. He soon became one of the leading exponents of the Divine Healing movement. After this experience, Simpson felt “wholly dependent upon a vital and continuous connection with the Lord for his life.”

Between 1881 and 1887, Simpson’s church grew rapidly. In his pulpit ministry he was known as a spellbinding preacher with a deep knowledge of the Scriptures and a passionate love of God. He and his congregation provided social welfare to New York’s untouchables, cared for orphans, educated the laity for ministry and missions, conducted high-profile evangelistic and healing campaigns, published a highly regarded missions periodical entitled The Gospel in All Lands and generally promoted foreign missions. Of these activities, missions quickly predominated. 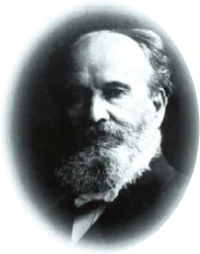 In 1887, Simpson founded two fellowships that would eventually merge to become the Christian and Missionary Alliance, an ecumenical and evangelical fellowship dedicated to promoting the deeper Christian life and to reaching the world for Christ. This burgeoning denomination spread rapidly to Canada, where, under the Reverend John Salmon, it formed its own Dominion Auxiliary in 1889 and counted among its numbers such prominent members as William Howland, the crusading mayor of Toronto; Dr. Jenny Trout, a pioneering woman doctor; and William Christie, the biscuit maker. By 1897, Simpson’s organization was a leading missionary agency, supporting more than three hundred missionaries overseas.

The Christian and Missionary Alliance’s motto “Jesus Christ, Saviour, Sanctifier, Healer and Coming King” – known as the fourfold gospel – became the rallying cry for a new generation of evangelicals dissatisfied with traditional forms of piety and drawn to preach Christ’s word worldwide. Simpson’s hymns such as “Jesus Only” and “Himself” set this evangelistic passion to music. With notoriety, however, came controversy. Simpson was criticized for his promotion of Divine Healing, a doctrine that most of his evangelical counterparts did not endorse. The first missionary expedition he sent to the Congo, moreover, ended in disaster and brought criticism from other missions organizations. In the first decade of the twentieth century, Simpson found himself under attack from Pentecostals, who insisted, as Simpson did not, that speaking in tongues was a necessary evidence of being filled with the Holy Spirit. Many prominent members of the Christian and Missionary Alliance broke with Simpson and went on to provide crucial early leadership for the emerging Pentecostal movement.

A. B. Simpson nonetheless had a profound influence upon North American evangelical spirituality. In his teachings many recognized their own struggles, failings and ultimate victory in Christ. By the time Simpson died in 1919, the Christian and Missionary Alliance circled the globe, carrying Simpson’s passion to proclaim “Jesus Only” to the world.

Dr. Darrel Reid, a native of Grande Prairie, Alberta, is Executive Director of the Manning Center for Building Democracy.

Darrel's experience includes that of a Canadian policy advisor, political manager, and candidate in two federal elections. Most recently he has served in the Office of the Prime Minister as Deputy Director of Policy and Research, as Director of Policy, and as Deputy Chief of Staff. Prior to this, he served as Vice President of Project Development at Cardus, then called the Work Research Foundation. Darrel was president of Focus on the Family Canada from 1998 to 2004. He holds a B.A. in History/English from University of Regina, an M.A. in History from the University of Toronto, an M.L.S. (Master of Library Science) from the University of Toronto, and a Ph.D. in History from Queen's University.