Skip to main content
Home What we do Cabinet of Canadians Mr. Sam VanderVeer 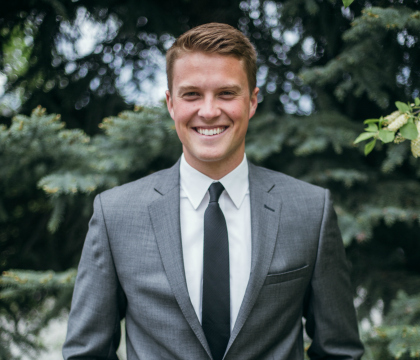 Sam VanderVeer joined Scotiabank in 2014 after serving four years with the Federal Government in Ottawa. While in Ottawa he worked for the Chief of Staff to the Prime Minister, followed by two years as a policy advisor to the Minister of Finance. His final role in Ottawa was Director of Budget Planning for the 2014 Canadian Federal Budget.

Sam earned his Bachelor of Arts degree in International Studies at Trinity Western University in Langley, British Columbia, and a certificate in Leadership and Applied Public Affairs from the Laurentian Leadership Centre in Ottawa, Ontario.

Sam lived for several years in Pakistan as a child, where his family were Christian missionaries. He is interested in the role of faith in public service, and faith communities in the public space.

He has served as as Volunteer Chairperson of the Canadian Red Cross' National Youth Engagement Advisory Committee and currently serves on the Board of his Federal Electoral District Association.