Skip to main content
Home What we do Cabinet of Canadians The Rev. Dr. Andrew Stirling 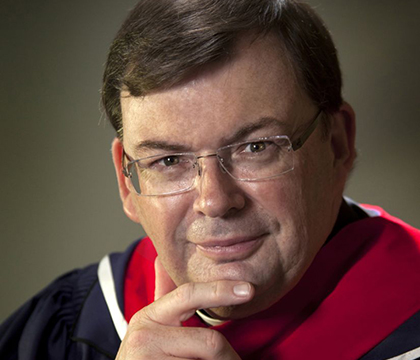 Andrew Stirling is the Senior Minister of Timothy Eaton Memorial United Church in Toronto (17 years). Andrew was born in the United Kingdom and is a Canadian Citizen. He received his education in England, Bermuda, Canada and South Africa. He holds a Bachelor of Arts in Politics and Law from the University of Cape Town, South Africa, a Master of Divinity from the Atlantic School of Theology in Halifax, Nova Scotia and a Doctor of Ministry in preaching from Acadia Divinity College, Wolfville, Nova Scotia. In 2008, Wycliffe College, Toronto, recognized his contribution to preaching with an honorary Doctor of Divinity. In 1997 he was a nominee for Moderator of the United Church of Canada.

Andrew has written two books: What’s Good About The Good News? and The Christian Imperative (both by Lancelot Press), is the Editor of The Trinity: An Essential For Faith In Our Time (Evangel Publishing House) with a Forward by Wolfhart Pannenberg and has written over 50 theological and devotional articles. He has been a Visiting Scholar at Harvard Divinity School (with courses at the Kennedy School of Government and Harvard Law School) and was a founding faculty member of Augustine College in Ottawa. In the Hilary Term of 2016 he was an Academic Visitor at Regent's Park College, Oxford University, during which time, he conducted research on Richard Baxter, lectured at the Oxford Centre for Mission Studies, and preached throughout the UK. He has taught Church History at the School of Continuing Studies at the University of Toronto; Systematic Theology at Tyndale University Seminary, Toronto and Homiletics at Emmanuel and Wycliffe colleges of the Toronto School of Theology.

Andrew has preached and given lectures on four continents. His theological interests are: Evangelism, Church/State Relations, Inter faith dialogue, Missions and Homiletics. He can be heard on the radio weekly CHIN 1540 AM (Ontario) and on a Podcast (available here). He was trained in religious broadcasting by BBC Radio Teesside. He has appeared on numerous T.V. shows including: Eye to Eye, Cross Currents, 3D Dialogue, Spirit Connection and Reach Out For Life.  He is married to Marial, who is Corporate Counsel at CPA Canada. Andrew loves playing the guitar, golfing, auto racing (He is an Indycar Chaplain) and supporting Manchester United football club and the Montreal Canadiens.