Skip to main content
Home What we do Cabinet of Canadians Mr. Taleeb Noormohamed 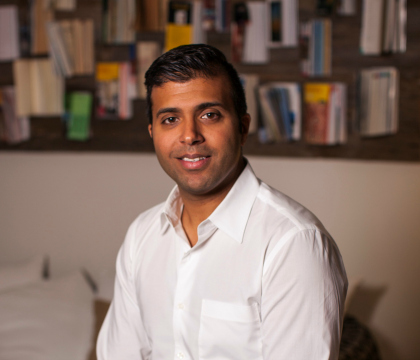 Taleeb Noormohamed is a Vancouver based technology entrepreneur and investor – and community volunteer.

Recently he served as Chief Growth Officer of Farfetch, a $1.4bn retail startup, where he was responsible for key strategic growth of the company, leading international markets, new initiatives, corporate development and M&A.

Previously, Taleeb was VP of Global Business Development at HomeAway, the world’s largest marketplace for Vacation Rentals, prior to its acquisition by Expedia.com.

Taleeb was also President and CEO of Vancouver-based Serebra Learning Corporation, an e-learning services provider (acquired by Bluedrop, Inc,), GM at Gilt – Groupe subsidiary Jetsetter (acquired by TripAdvisor) ,and VP of Strategy and Partnerships at the Vancouver 2010 Olympics.  He has also served in senior roles in the Government of Canada, at the Privy Council Office and in Public Safety.

Taleeb holds an undergraduate degree from Princeton University and did his doctoral studies at Oxford University.  In 2012, he was named one of Business in Vancouver’s Top Forty under 40.

He is a volunteer with the Ismaili Muslim community, nationally and internationally, and has a particular interest in the engagement of youth and young professionals in the life of the community.

Taleeb is British Columbia’s representative to the Board of the Confederation Centre of the Arts in Charlottetown, PEI. He serves on the Board of Directors of the Lions Gate Hospital Foundation in North Vancouver, and The Allan J. MacEachen Institute for Progressive Policy in Halifax.

For his contributions to the community, Taleeb was awarded the Governor General’s Caring Canadian Award in 2007 and the Queen’s Diamond Jubilee medal in 2012.