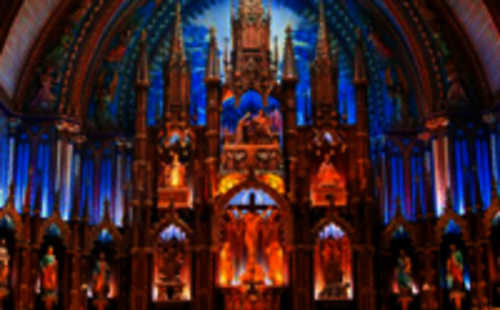 OTTAWA—As Canada prepares to celebrate 150 years since Confederation, a new poll finds Canadians largely accept the country’s religious diversity. The Angus Reid Institute (ARI) will present its new poll at noon today at a multi-faith luncheon at the Ottawa offices of public policy think tank Cardus. Among its key findings, the poll of more than 1,500 people suggests that Canadians express a high tolerance for religious symbols or clothing being worn in public, including turbans, hijabs, and crucifixes: At the same time, Canadians have mixed opinions of the various religions followed in Canada:

Canadians also take a nuanced view on whether it would be acceptable to them if one of their children married someone from a different faith: Dr. Andrew Bennett, Chair of the Cabinet of Canadians and Canada’s former Ambassador for Religious Freedom, says the findings are understandable.

“Even when Canadians don’t have the highest opinion of any particular religion – perhaps because they disagree with its tenets – we see that tolerance for religious expression through clothing or symbols is quite high in most cases,” said Bennett. “That’s a good thing. We don’t all need to agree on everything. But as we approach Canada’s 150th anniversary, it’s important to live peacefully with each other amid our differences.”

Bennett adds that the poll is a further indication that Canada is not a secular society.

“We live in a secular state, thankfully, but our society is religious and Canadians have little problem with letting people of faith be themselves in public,” he said. “Faith matters in Canada. It always has.”

The poll results will be presented at the Spirited Citizenship Luncheon in Ottawa – part of a series of Faith in Canada 150 (FC150) multi-faith events taking place across Canada. The luncheons provide a space where Canadians can gather in true friendship while acknowledging and accepting deep differences in religious outlook. FC150 aims to bring together Canada’s various religious communities for a common celebration of faith in public life while marking the 150th anniversary of Confederation.

The Angus Reid Institute conducted an online survey from February 16 – 22, 2017, among a representative randomized sample of 1,515 Canadian adults who are members of the Angus Reid Forum. For comparison purposes only, a probability sample of this size would carry a margin of error of +/- 2.5 percentage points, 19 times out of 20. Discrepancies in or between totals are due to rounding. The survey was self-commissioned and paid for by ARI. Full poll results are available here.