Religious Freedom is a Fundamental Human Right Worth a Robust Defense 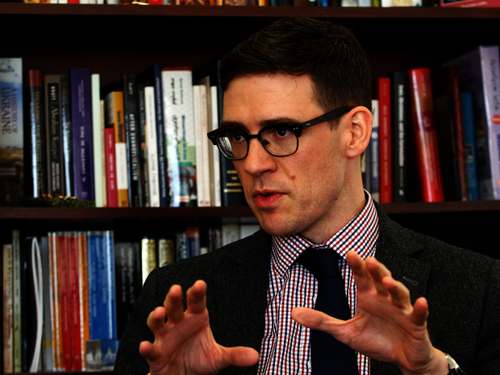 OTTAWA – Dr. Andrew Bennett, Cardus Senior Fellow, is defending religious freedom as a fundamental human right that cannot simply be lumped in with other concepts, such as inclusion and tolerance.

“Without religious freedom, we cannot then move on to give utterance to our beliefs (freedom of speech), gather with others to share those beliefs (freedom of assembly), or form groups of our fellow human beings who share similar beliefs so as to advance the common good,” said Dr. Bennett on Wednesday.

“In many of the countries in which our diplomats serve, religion and religious faith does not find expression simply in a perceived cultural discourse, but rather religious faith guides the social, political, cultural, and economic lives of billions of our fellow human beings,” he said. “To not understand this is to perpetuate a very serious diplomatic blind spot.”

At Cardus, Dr. Bennett helps to promote religious freedom in Canada and abroad. He is also chair of the Cabinet of Canadians, a multi-faith group of almost 40 distinguished individuals, which aims to commemorate the role of faith in our country, our institutions, and our common life.